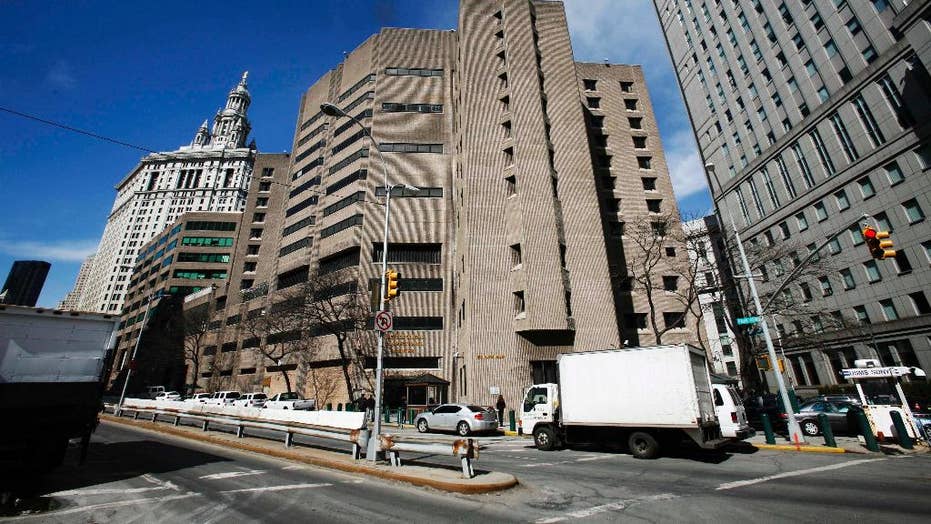 Descriptions of "decrepit," rat-infested cells at a Manhattan federal lockup that emerged this month amid the investigation into accused sex trafficker Jeffrey Epstein's suicide prompted a judge on Wednesday to order improved conditions for at least one alleged criminal, who had shared a cell with Epstein and later said he feared reprisals for speaking out about the "inhumane" conditions.

A federal judge ordered the Metropolitan Correctional Center to improve housing conditions for Nicholas Tartaglione, a 51-year-old ex-cop who's awaiting trial in a quadruple murder case stemming from an alleged drug conspiracy. Tartaglione was Epstein's cellmate for about two weeks until the 66-year-old was placed on suicide watch in July. When Epstein was taken off the watch, he was moved into a new cell with a new cellmate.

A judge ordered the Metropolitan Correctional Center in New York City to improve conditions for Jeffrey Epstein's former cellmate, Nicholas Tartaglione, after he complained about the decrepit state of the facility. (AP Photo/Mark Lennihan)

Bruce Barket, the attorney for Tartaglione, a former police officer in Westchester County, New York, had initially requested during the hearing in White Plains that his client be moved to a county jail on Long Island, claiming the accused crooked cop feared retaliation from security guards for speaking up about deficiencies at the MCC.

Barket said Tartaglione's requests to shower are "routinely ignored" and said jail staff members have told him to make his attorneys stop talking publicly about the reportedly subpar conditions.

"We're not saying put him up at the Four Seasons," Barket said.

U.S. District Judge Kenneth Karas, however, said options for transferring Tartaglione are limited because there's only one other federal facility in New York City -- the Metropolitan Detention Center in the borough of Brooklyn -- and that facility has declined to hold Tartaglione due to a disciplinary issue.

But Karas threatened to hold hearings on conditions at the MCC if officials don't improve Tartaglione's treatment and his access to attorneys.

Barket told Fox News earlier this month about the deplorable conditions inmates face at the facility in Lower Manhattan, claiming several of his clients who've been locked up at both the MCC and the city's notorious Rikers Island said they "would rather be at Rikers."

"That gives you some idea how bad the place is," Barket said. "At the end of the day, the facility is run with a bad combination of laziness and cruelty and this is one of the results."

Barket said the conditions at MCC "border on inhumane," adding the ventilation systems in the facility are "decrepit." He said some days the cells are boiling hot, while other days the temperature is bitterly cold — and Barket claimed the air that circulates is so dirty, officers have even complained it made them sick. Barket says black mold is visible in the showers and cells and charges many units are infested with insects and rodents.

One morning, Barket said, Tartaglione woke up to discover that, while asleep, he'd rolled over on a rodent, smothering the pest.

Prosecutors said they weren't aware of all Tartaglione's complaints prior to Wednesday's hearing, but noted guards have been admonished not to retaliate against Tartaglione.

Attorney General William Barr vowed after Epstein's death to investigate "serious irregularities" at the facility, which has come under fire for reasons other than squalid conditions, including overworked guards allegedly falling asleep on duty and falsifying jail logs.