What the US downing of an Iranian drone really means
Tensions between the U.S. and Iran have been gradually rising for weeks, and President Trump's announcement Thursday that a U.S. Navy ship downed an Iranian drone in the Strait of Hormuz only further strained relations between the two countries. Trump said the USS Boxer took defensive action after the drone closed to within 1,000 yards of the warship and ignored multiple calls to stand down -- an act the president called "provocative and hostile." 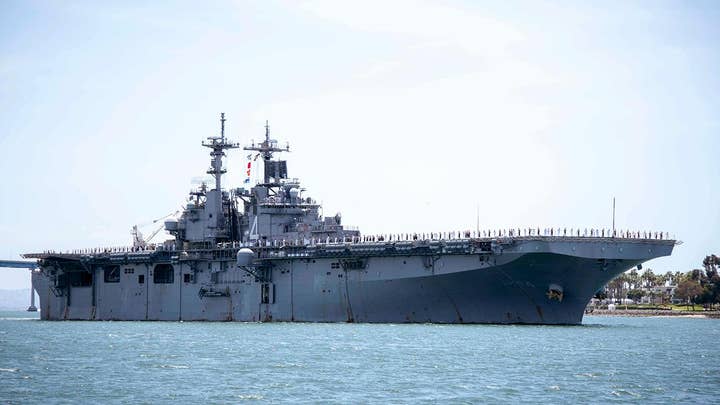 Iran on Friday denied Trump's statement. "We have not lost any drone in the Strait of Hormuz nor anywhere else," tweeted Deputy Foreign Minister Abbas Araghchi. According to Jim Hanson, president of Security Studies Group, who served in the U.S. Army Special Forces, the U.S. sent an important message to Iran: Aggression has consequences and America will strike back when provoked. And President Trump is not former President Obama and will not be compromised by a flawed nuclear deal. Click here to read Hanson's entire analysis in the Opinion section of Fox News Digital. 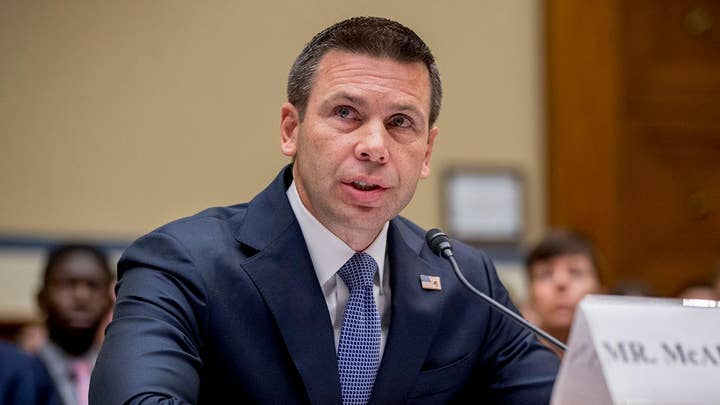 House Democrats confront Acting Homeland Security secretary on treatment of migrants
Progressive lawmakers on Thursday grilled the acting Homeland Security secretary about family separations at the U.S-Mexico border, with one member of the "Squad" alleging that Trump administration officials want to prolong the detention of children. Rep. Rashida Tlaib, D-Mich., at a House Oversight Committee hearing, accused Acting Homeland Security Secretary Kevin McAleenan and fellow administration officials of trying to change the long-standing agreement known as the Flores settlement that governs how immigrant children can be detained, "to keep kids longer" in custody. McAleenan denied the accusation, explaining that he wanted to keep families together for the time necessary it takes for immigration proceedings to go through, and for the justice system to make a ruling on the case. Democrats have slammed the detentions as "inhumane," while many Republicans have accused the Democrats of hypocrisy, saying they were silent about similar detentions under the Obama administration.

Trump to nominate son of late Supreme Court Justice Scalia for secretary of labor
President Trump on Thursday night announced he's nominating attorney Gene Scalia, a son of the late Supreme Court Justice Antonin Scalia, to replace Alex Acosta as secretary of labor. The surprise move was a visible manifestation of the close personal bond Trump has forged with the Scalia family in recent years. The confirmation process for Justice Neil Gorsuch, who ultimately filled Justice Scalia's seat, sparked the connection. Acosta stepped down as head of the Labor Department last Friday over his past involvement in a cushy 2008 plea deal for financier Jeffrey Epstein, who is now facing federal sex trafficking charges.

Trump lawyers: Why Ilhan Omar’s anti-Israel resolution should be defeated in House
U.S. Rep. Ilhan Omar, D-Minn., proposed a resolution this week supporting the right to boycott Israel, likening the boycott of the Jewish state to boycotts of Nazi Germany and the Soviet Union. Omar’s resolution seeks to push back against U.S. laws banning the boycott of Israel and affirms the right of Americans to organize boycotts of foreign countries if they so wish. While the resolution doesn’t explicitly name Israel or the pro-Palestinian Boycott, Divestment and Sanctions (BDS) movement, she told media outlets that the resolution concerns the Jewish state. Jay Sekulow and Mark Goldfeder, two members of President Trump's legal team, argue that Omar's measure "deserves to go down to overwhelming bipartisan defeat." Click here to read the entire op-ed by Sekulow and Goldfeder on Fox News Digital.

Tom Cruise surprises San Diego Comic-Con to introduce trailer to 'Top Gun' sequel
Tom Cruise may soon fly high at the box office once again. The veteran movie star surprised fans at San Diego Comic-Con on Thursday to promote his long-awaited, much anticipated upcoming sequel, "Top Gun: Maverick." In the new trailer, it's revealed that Cruise's iconic character, Pete "Maverick" Mitchell, will serve as the new flight instructor of the Top Gun school, and is seen wearing his infamous Ray-Ban sunglasses, as he faces off against a new enemy -- drones.

MINDING YOUR BUSINESS
Airline CEOs to meet with Trump amid feud with Persian Gulf carriers.
Elizabeth Holmes, disgraced Theranos founder, scores small legal victory ahead of 2020 trial.
Want to flee high-tax states like New York? Turns out it's not so easy. 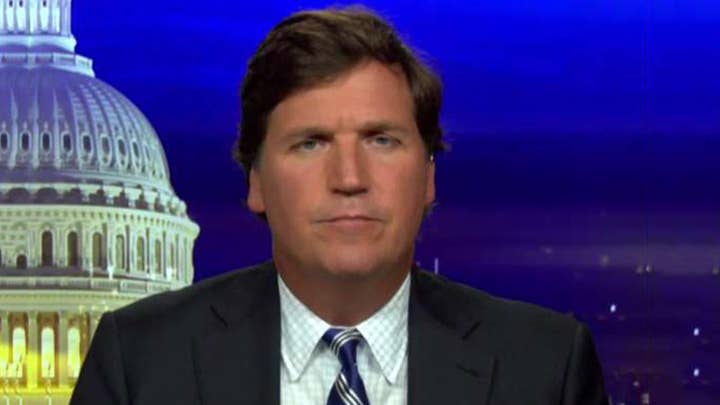 Tucker Carlson believes Joe Biden's campaign is "deader than disco" and takes a look at other doomed 2020 Democrats.