Chief Border Patrol agent Aaron Hull says resources meant to be used to secure the border are being diverted to the humanitarian crisis.

A U.S. Border Patrol official said Tuesday that "border security threats" remain as his officers deal with a staggering increase in the number of migrants arriving in the area.

More than 104,000 family unit apprehensions have been made in the El Paso Sector through May of this fiscal year, according to U.S. Customs and Border Protection. In the same period of 2018, there were 4,733 apprehensions, a more than 2,100 percent rise.

Aaron Hull, Chief Border Patrol Agent in the El Paso Sector, was asked on "America's Newsroom" about the "enormous" increase, explaining the toll it has taken on authorities.

"The border security threats remain. In addition to the family unit aliens and unaccompanied children we're catching, we continue to catch criminals, pedophiles, people with contagious diseases," he explained. 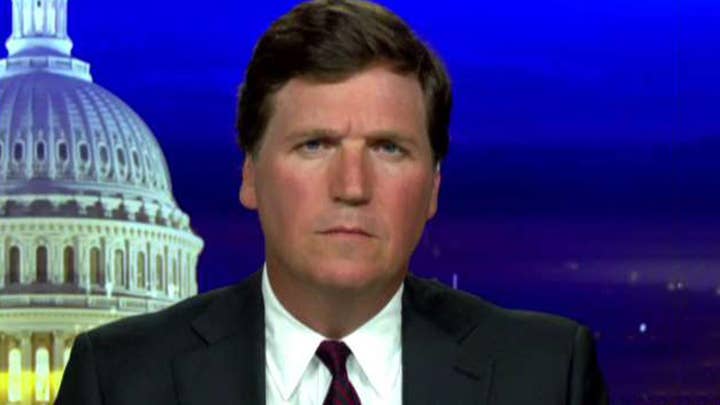 GUTFELD ON TRUMP'S TARIFFS AND THE DEMOCRATIC RESPONSE

Hull said, "every day that it continues, every day our border security threats increase," since agents are having to perform "stewardship" duties for children and families, rather than focusing on securing border areas between the ports of entry.

Bill Hemmer, citing statistics from Immigration and Customs Enforcement, asked how agents can sort through the more than 200,000 who have claimed to be part of a family unit since December.

Hull said each person "is a human being" with their own "individual background and health conditions." He said each one must be subject to their own "immigration inspection" and often those who claim to be part of a family unit are not being truthful.

"There are very serious security threats and we catch people from all around the world and their intentions for entering this country are not always good," he said.

The number of migrants apprehended at America's southern border skyrocketed in May to levels not seen in over a decade, with U.S. Customs and Border Protection reporting nearly 133,000 arrests for the month.

The number surpassed 144,000 when counting migrants deemed inadmissible -- more than a 30 percent increase from the prior month and double the influx recorded at the beginning of the year.

"We are in full-blown emergency," a CBP official said last week.