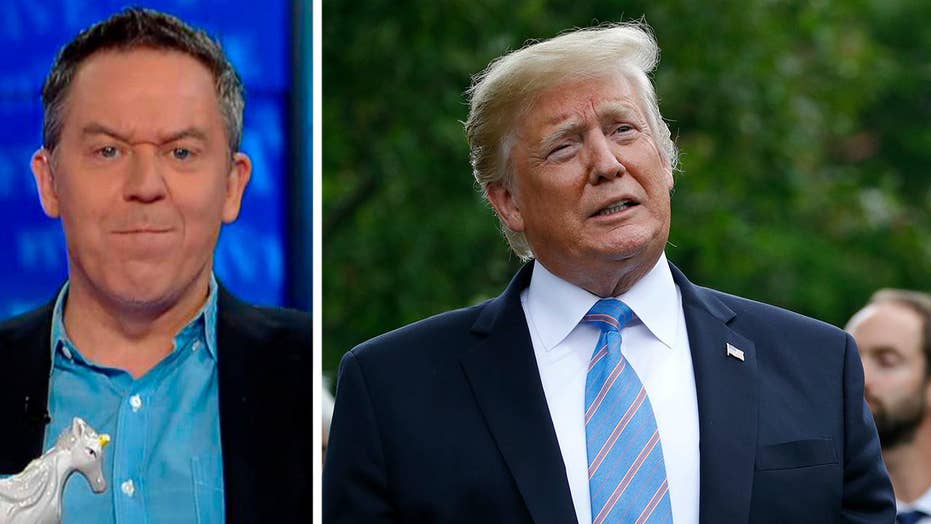 Gutfeld on Trump's tariffs and the Democratic response

If Trump discovered a cure for death, his critics would accuse him of putting gravediggers out of business.

In a normal world when you do something that works, like making progress on the border, people might say, "Hey, dude, good job."

But this isn't a normal world:

Bernie Sanders: “You can’t have a trade policy based on tweets.”

BRANDON JUDD: TRUMP AND AMERICA ARE WINNERS BY GETTING MEXICO TO INTENSIFY FIGHT AGAINST ILLEGAL IMMIGRATION

Beto O’Rourke: “I think the president has completely overblown what he purports to have achieved.”

Historian and author Jon Meacham: “I continue to think that foreign leaders look at this presidency in the way we used to look at unstable regimes.”

New York Times White House correspondent Mark Landler: “It’s a pattern we have seen repeatedly with this president. He sort of creates a crisis, has some sort of a fairly general resolution to it that is lacking any details. And then declares victory.”

Face it: if Trump discovered a cure for death, they'd accuse him of putting gravediggers out of business.

Every time Trump threatens a tariff (and means it), that’s one less problem solved by violence.  Shouldn't lefties love that?

It’s weird when someone looks at something productive and calls it "counter-productive."

I guess a belt is counter-productive to keeping your pants up.

Exercise is counter-productive to weight loss.

Border enforcement is counter-productive to a strong border.

But you can't trust people if they can't even admit obvious results. It means all their responses are emotional delusions.

Take me. I was a critic of Trump. And hated tariffs. But now, I gotta admit - there's something to them, that I missed, and it's ushering in a new way to solve problems.

There are people who still see military solutions as superior to financial ones. When in fact, every time Trump threatens a tariff (and means it), that’s one less problem solved by violence.  Trump wages war with math, not men.

Isn't that progress - which is part of that word "progressive?"

According to the Council on Foreign Relations, the West is now free of conflict, not counting the drug war.

To quote HumanProgress.org, "No person alive can remember our hemisphere to be as peaceful as it is today."

So what do you say, Democrats and media?

Why not keep it going?