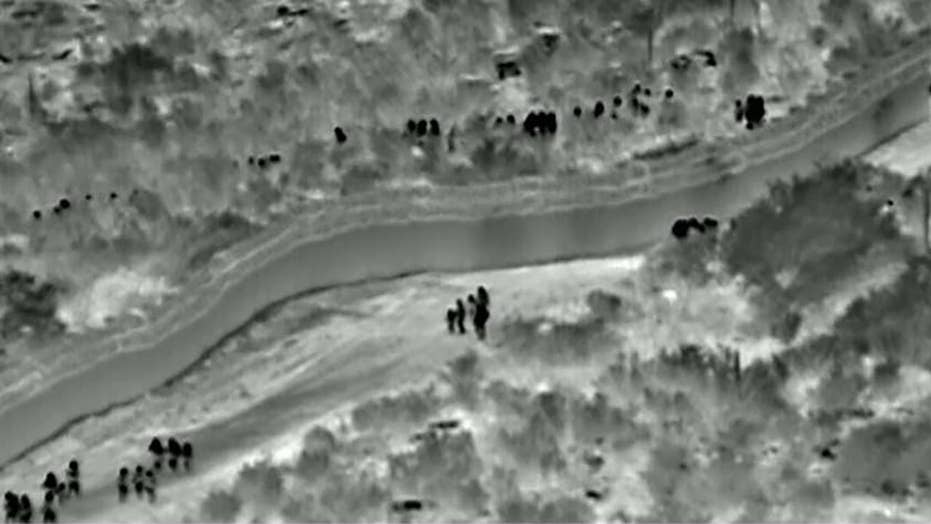 New footage released by Customs and Border Protection shows a group of more than 130 migrants entering the U.S. by simply walking around a section of border wall in Arizona -- in the latest incident prompting calls to curb the historic surge in illegal immigration.

The video, which could also fuel calls from Trump allies to close gaps in the existing U.S.-Mexico barrier, shows a procession of migrants walking around a section of wall in Sasabe, Ariz. A tweet from CBP said they were later arrested.

“Video of a large group of 134 Central Americans walking around the end of the border wall in Sasabe on Tuesday. The group immediately surrendered to @CBP #USBP agents. Eight people in the group were hospitalized,” CBP in Arizona tweeted.

The incident in Arizona came as border officials reported the highest number of migrants apprehended in over a decade, with nearly 133,000 arrests in May.

Meanwhile, the Trump administration has been negotiating with Mexican government officials, resulting in an agreement on Friday that would halt threatened tariffs in exchange for Mexico taking further action to stop the flow of migrants from Central America to the U.S.-Mexico border.

This all comes as Trump has sought to extend and shore up the border wall, declaring a national emergency in a bid to divert billions toward construction -- an effort being challenged in the courts.

The latest video prompted the Federation for American Immigration Reform (FAIR) to stress the importance of a stronger border barrier.

“Border Patrol Agents support the construction of border barriers because it makes their jobs less dangerous and reduces illegal immigration,” FAIR spokesman Matthew Tragesser told Fox News on Monday. “In the CBP Arizona video, more than 100 migrants crossed into the United States with ease due to there not being a fortified barrier. A barrier there might not have stopped all of them, but it would have certainly deterred their attempt to enter the U.S. illegally.”

“The nation has already reached a breaking point as hundreds of thousands of migrants are crossing illegally into the country monthly, and unprecedented flows of drugs from the southern border continue to contribute to one of the nation’s worst opioid epidemics in history,” Tragesser said. “Border barriers remain an essential component in border security, even if they are not the sole contributor in apprehension reduction." 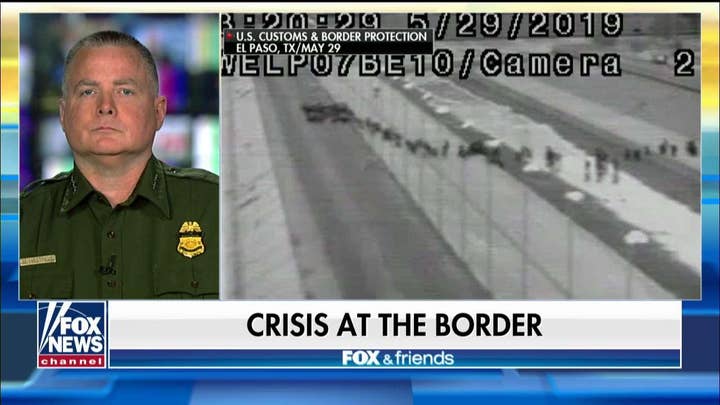 Democratic lawmakers, though, have scoffed at Trump's immigration efforts and were particularly critical of his threat to impose tariffs on Mexico over the issue. Even some Republicans were uncomfortable with tariffs being used as a weapon in that debate.

“President Trump undermined America’s preeminent leadership role in the world by recklessly threatening to impose tariffs on our close friend and neighbor to the south,” House Speaker Nancy Pelosi said in a statement on Saturday. "Threats and temper tantrums are no way to negotiate foreign policy."

According to the joint U.S.-Mexico declaration issued by the State Department in connection with their negotiations, Mexico will take “unprecedented steps to increase enforcement to curb irregular migration, to include the deployment of its National Guard throughout Mexico, giving priority to its southern border.” Through the agreement, the U.S. is slated to extend its policy of returning asylum applicants to Mexico while their claims are processed.

But even as the president called the agreement “successful,” he suggested Monday he may again seek to impose tariffs on Mexico if the plan falls through.

“We have fully signed and documented another very important part of the Immigration and Security deal with Mexico, one that the U.S. has been asking about getting for many years. It will be revealed in the not too distant future and will need a vote by Mexico’s Legislative body!” Trump tweeted.

“We do not anticipate a problem with the vote but, if for any reason the approval is not forthcoming, Tariffs will be reinstated!” he added.