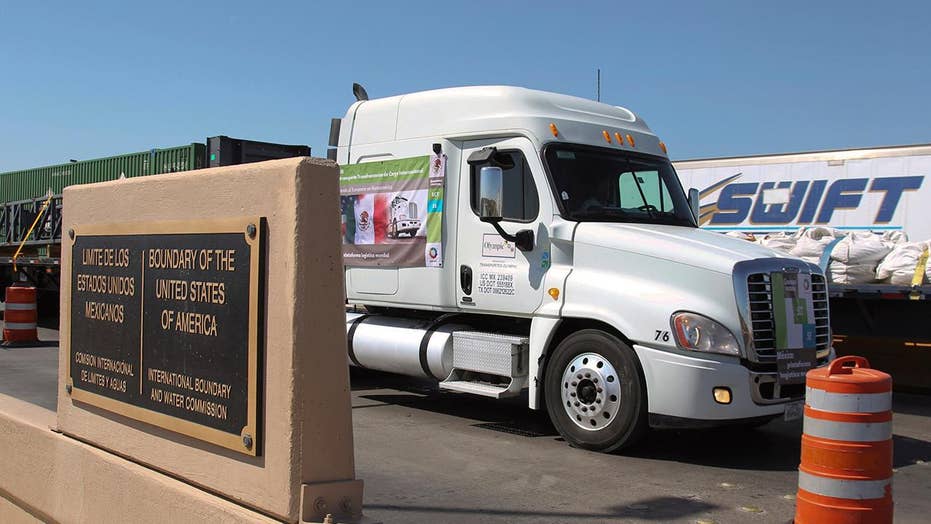 US and Mexico reach agreement over border crisis and threatened tariffs

President Trump on Saturday defended his agreement with Mexico that sees the country take tougher measures on illegal immigration in exchange for the U.S. dropping plans to impose tariffs on imports -- promising that Mexico “will try very hard” and place as many as 6,000 troops at their southern border.

“Mexico will try very hard, and if they do that, this will be a very successful agreement for both the United States and Mexico!” Trump tweeted.

Trump announced late Friday that the U.S. had reached a deal with its southern neighbors that would see planned tariffs on Mexico stopped in return for Mexico taking further action to stop the flow of migrants from Central American to the U.S.-Mexico border.

According to a joint declaration issued by the State Department, Mexico will take “unprecedented steps to increase enforcement to curb irregular migration, to include the deployment of its National Guard throughout Mexico, giving priority to its southern border.”

The U.S. will also expand its policy of returning asylum applicants to Mexico while their claims are processed. The U.S. committed to accelerate asylum claims while Mexico said it will “offer jobs, healthcare and education according to its principles.”

The document said that Mexico will also take “decisive action” to dismantle smuggling and trafficking operations, while both countries will increase cooperation to protect the border.

Trump tweeted on Saturday that the deal includes Mexico sending 6,000 troops to its southern border, saying that currently "there are few!” In that tweet, he quoted Brandon Judd, president of the National Border Patrol Council, who praised the deal in glowing terms and called it a “huge deal” and a “game changer.”

Trump also said that the U.S. ally had agreed to buy “large quantities of agricultural product from our great patriot farmers.”

For now, the deal ends plans by the Trump administration to slap a 5 percent tariff on all goods coming into the U.S. from Mexico -- something that had sparked fears from both Democrats and Republicans in Congress about the possible economic fallout from such a move, with concerns it could kill off an incoming trade deal between the U.S., Mexico and Canada.

It also comes amid an escalating border crisis, with U.S. Customs and Border Protection reporting this week that it apprehended or encountered more than 144,000 migrants at the border in May -- levels not seen in over a decade. Trump has repeatedly expressed frustration at the crisis and has repeatedly blamed both Congress and Mexico for the migrant surges. 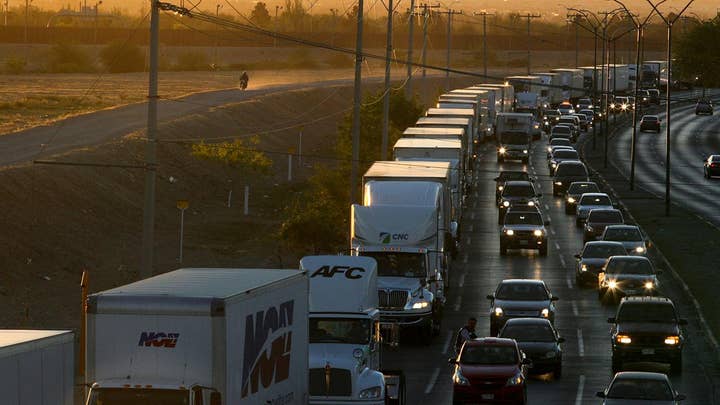 Democrats remained skeptical after the agreement was announced, with Senate Minority Leader Chuck Schumer, D-N.Y., tweeting (apparently sarcastically) that “[n]ow that that problem is solved, I’m sure we won’t be hearing any more about it in the future.”

“What we see is yet another example of him trying to be both the arsonist who created this problem in the first place and the firefighter who wants credit for addressing it,” he said.

Republicans responded with relief, and with praise for the president.

“I fully supported President Trump’s strategy of using tariffs to get Mexico to secure its border and stop the flow of illegal immigration to the United States,” Sen. Thom Tillis, R-N.C., said in a statement. President Trump proved he wasn’t bluffing, and his bold leadership just resulted in a huge win for America’s safety and security.”

Trump was apparently monitoring media reaction to the agreement, and while he said that the reporting was “very good,” he criticized what he described as false reporting from other outlets: “These ‘Fakers are Bad News!”