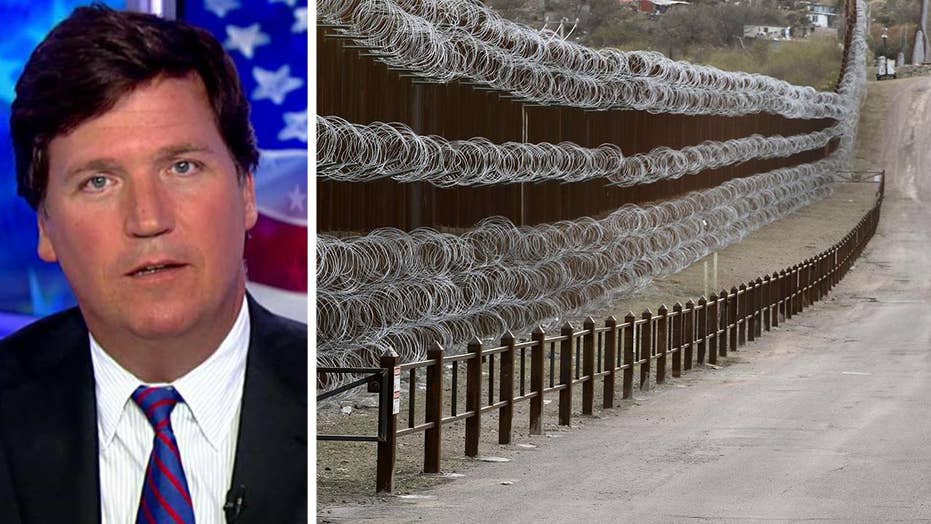 Thousands of migrants illegally crossing border from Mexico to U.S. every month.

The number of migrants apprehended at America's southern border skyrocketed last month to levels not seen in over a decade, with U.S. Customs and Border Protection reporting nearly 133,000 arrests in May.

The number surpassed 144,000 when counting migrants deemed inadmissible -- more than a 30 percent increase from the prior month and double the influx recorded at the beginning of the year.

"We are in full-blown emergency," a CBP official said Wednesday.

The number of apprehensions was the highest monthly total in more than 13 years. In April, authorities recorded 99,304 arrests.

The latest figures could embolden President Trump amid tense negotiations with Mexico over the immigration crisis.

Last week, in an effort to force Mexico to do more to “stop the invasion” of migrants into the U.S., the president vowed to impose a new 5 percent tariff on all Mexican imports. The tariffs, set to go into effect on June 10 absent an agreement, would increase over time, reaching 25 percent by Oct. 1.

U.S. Customs and Border Protection apprehended more than 144,000 migrants at the U.S. southern border in May. (CBP)

So far in fiscal 2019, which began last October, border officials have apprehended 593,507 migrants—a number higher than the total apprehensions in each of the past five fiscal years.

"We are bursting at the seams," a CBP official told reporters Wednesday. "It is unsustainable and can't continue."

Administration officials insisted the CBP is unable to house this many people.

CBP officials told reporters Wednesday that the crisis is forcing the agency to divert resources, which is contributing to longer waits on the border for both recreational and commercial travel.

Typically during the late spring and summer months, there is a drop-off in migration due to the heat, but CBP officials said this week they have not seen any evidence of that so far.

The Trump administration for months has warned of a humanitarian crisis at the U.S.-Mexico border. President Trump, earlier this year, even declared a national emergency on the southern border in a bid to divert billions of dollars toward the construction of his long-promised border wall.

TRUMP SAYS MEXICO IS AN ‘ABUSER’ OF THE US, AMID TARIFF NEGOTIATIONS

But he opened a new phase in the debate with his tariff threat against Mexico.

The announcement came after more than 1,000 illegal immigrants were apprehended at once last month by U.S. Customs and Border Protection agents near the U.S.-Mexico border—the largest ever group of migrants ever apprehended at a single time, sources told Fox News.

The group of 1,036 illegal immigrants found in the El Paso sector included migrants from Guatemala, El Salvador and Honduras, according to sources.

There were 58,474 families apprehended last month, according to CBP. In March, the agency said that there was an increase of nearly 106 percent over the same period last year.

Since the president announced the tariffs, Mexican President Andrés Manuel López Obrador dispatched his foreign relations secretary to Washington in an effort to negotiate a solution with the U.S.

Obrador said he expects “good results” from the upcoming talks in Washington and reportedly suggested he is open to reinforcing efforts to stem illegal immigration. Obrador said that Mexican officials plan to convey to the Trump administration what they have been doing to stop illegal immigration, and added that they are open to additional  measures “without violating human rights.”

".@SecPompeo, @DHSMcAleenan, & I will meet shortly with Mexican Secretary of Foreign Affairs @M_ebrard at the @WhiteHouse. We have a crisis on our Southern Border. @POTUS has made clear that Mexico must do more," Pence tweeted Wednesday ahead of the meeting.

Meanwhile, on Wednesday, Mexican officials prepared to intercept a group of another 1,000 migrants who said they aimed to reach the U.S. southern border to request asylum. Many of the migrants say they're fleeing gang violence, oppressive extortion, and corruption in Guatemala, Honduras and El Salvador.

Fox News' Sarah Tobianski and The Associated Press contributed to this report.