BARR INVESTIGATING THE INVESTIGATORS: Attorney General William Barr has assembled a "team" to investigate the origins of the FBI's counterintelligence investigation into the Trump campaign, Fox News has learned ... Republicans repeatedly have called for a thorough investigation of the FBI's intelligence practices and the basis of the since-discredited Russian collusion narrative following the conclusion of Special Counsel Robert Mueller's probe.

Meanwhile, Barr is expected to return to Capitol Hill Wednesday for the second of two days of hearings about the Justice Department's budget. However, like House lawmakers on Tuesday, members of the subpanel of the Senate Appropriations Committee are expected to focus on Barr's plan release a redacted version of the Mueller report. Barr said Tuesday a redacted version of the Mueller report would be made available "within a week."

HOMELAND SECURITY SHAKEUP CONTINUES: President Trump's high-level overhaul of the Department of Homeland Security continued on Tuesday, with the announcement that DHS' acting deputy secretary is resigning amid a reported historic surge in illegal immigrants and asylum seekers at the border ... Claire Grady was technically the next in line to replace Kirstjen Nielsen, who resigned Sunday. But Trump chose Kevin McAleenan, the head of Customs and Border Protection, as acting secretary.

BERNIE SANDERS, SOCIALIST MILLIONAIRE: 2020 presidential candidate Sen. Bernie Sanders, I-Vt., has announced that he'll release 10 years of tax returns next Monday -- filings expected to show that the Democratic socialist made millions from book sales ... Sanders told the New York Times in an interview published on Tuesday that he hopes that his release will make President Trump more inclined to follow suit.

LORI LOUGHLIN COULD FACE PRISON TIME: Actress Lori Loughlin and her fashion designer husband, Mossimo Giannulli, two of the 16 parents indicted on new fraud and money laundering charges in the college admissions cheating scandal, could face up to 40 years in prison—a maximum of 20 years for each of the charges, a report said ...
The "Fuller House" star and her husband, along with 14 other parents, are being charged with a "second superseding indictment with conspiring to commit fraud and money laundering," the Department of Justice revealed in a statement to Fox News on Tuesday.

Last month, Loughlin and Giannulli were charged with conspiracy to commit mail fraud for allegedly paying $500,000 to get their daughters into the University of Southern California as crew recruits. (The young women did not play the sport.)

NETANYAHU APPEARS HEADED TOWARD RE-ELECTION: Benjamin Netanyahu appeared to be headed toward a historic fifth term as Israel's prime minister on Wednesday, with close-to-complete unofficial election results giving his right-wing Likud and other nationalist and religious parties a solid majority in parliament ... The outcome affirmed Israel's continued tilt to the right and further dimmed hopes of a negotiated solution to the Israeli-Palestinian conflict. Re-election will also give Netanyahu an important boost as he braces for the likelihood of criminal charges in a series of corruption scandals. - The Associated Press 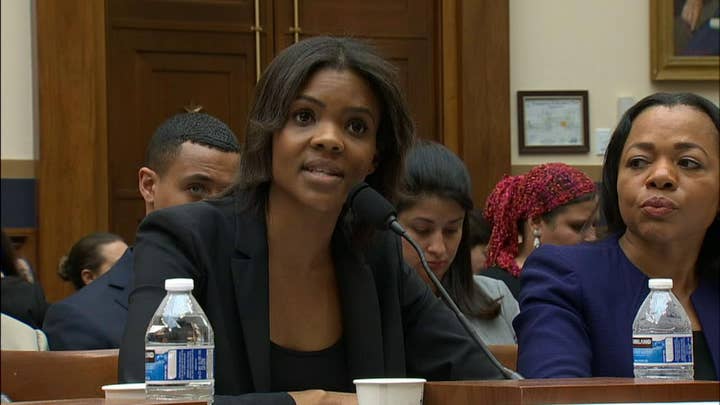 'UNBELIEVABLY DISHONEST' - "I think it's pretty apparent that Mr. Lieu believes that black people are stupid and will not pursue the full clip…That was unbelievably dishonest…I'm deeply offended by the insinuation of revealing that clip without the question that was asked of me." – Candace Owens, conservative commentator and communications director for Turning Point USA, at a House Judiciary Committee hearing on online hate speech, accusing Rep. Ted Lieu, D-Calif., of flagrantly distorting her comments on Hitler to smear President Trump and the Republican Party as a whole. (Click the image above to watch the full video.)

The Brian Kilmeade Show, 9 a.m. ET: The debate over Attorney General William Barr's decision to release a redacted version of the Mueller report and the latest in the 2020 presidential race will be discussed with U.S. Rep. Doug Collins, R-Ga.; John Yoo. former deputy assistant attorney general; Martha MacCallum, host of "The Story."

Benson & Harf, 6 p.m. ET: Co-hosts Guy Benson and Marie Harf will be discussing news of the day with "The Five's" Jesse Watters and the Israeli election.

#TheFlashback
2018: During five hours of questioning from a U.S. Senate panel, Facebook CEO Mark Zuckerberg deflects accusations that he had failed to protect the personal information of millions of Americans from Russians intent on upsetting the U.S. election, though he concedes that Facebook needed to work harder to make sure the tools it creates are used in "good and healthy" ways.
1947: Brooklyn Dodgers President Branch Rickey purchases the contract of Jackie Robinson from the Montreal Royals.
1925: The F. Scott Fitzgerald novel "The Great Gatsby" is first published by Scribner's of New York.