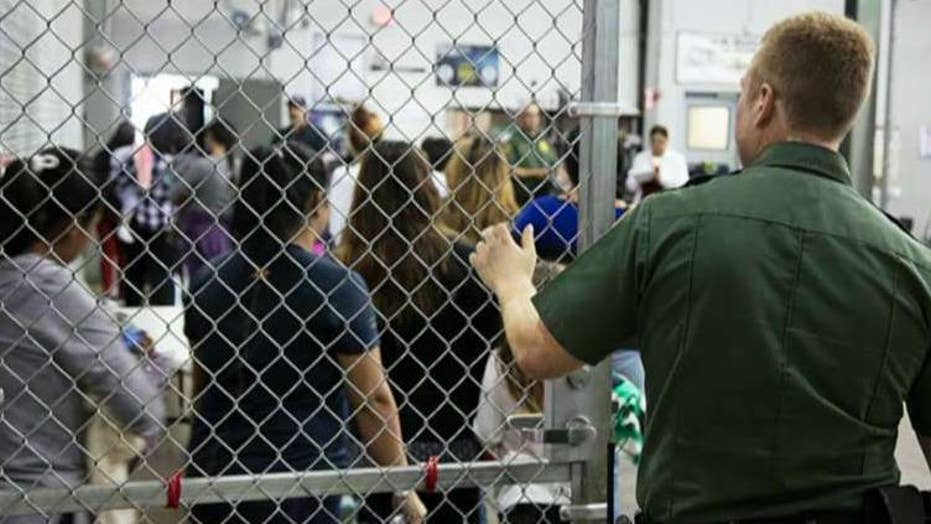 Immigration attorney: Congress has to act on border crisis

More than 103,000 migrants were turned away from or apprehended at the U.S.-Mexico border last month, U.S. Customs and Border Protection announced Tuesday, an increase of nearly 106 percent over the same period last year.

The numbers were made public hours after a top Border Patrol official told lawmakers that authorities has apprehended more families illegally crossing the border between October 2018 and February of this year than during all of the 2018 fiscal year (Oct. 1, 2017-Sept. 30, 2018).

"Much media attention has focused on caravans coming across from Central America," Rio Grande Valley Sector Chief Patrol Agent Rodolfo Karisch told the Senate Homeland Security Committee. "But the fact is that RGV is receiving caravan-equivalent numbers every seven days."

The numbers were announced two days after the resignation of Homeland Security Secretary Kirstjen Nielsen in a shakeup orchestrated by President Trump, who has been frustrated by his administration's inability to stem the tide of migrants from Central America and other parts of the world. Karisch said Tuesday his sector has apprehended people from 50 different countries, including China, Bangladesh, Turkey, Egypt and Romania.

The president also abruptly pulled the nomination of Ron Vitiello to lead Immigration and Customs Enforcement (ICE) last week, saying he wanted to go “in a tougher direction.”

Trump's choice to replace Nielsen as acting director, Kevin McAleenan, is a longtime CBP official who the president tweeted Sunday would do a "fantastic job." Trump also told reporters Tuesday that he was "not looking" to revive his administration's zero tolerance policy of separating families at the U.S.-Mexico border that caused an international uproar last year.

However, the president also noted that "once you don't have [zero tolerance], that's why you see many more people coming. They're coming like it's a picnic because let's go to Disneyland."

Obama-era Border Patrol Chief Mark Morgan told senators last week that the U.S. is “experiencing a crisis at the southern border at a magnitude never seen in modern times.”

“This is not a manufactured crisis created by those of us who live and work in the border area," Morgan said. "Border Patrol continues to apprehend record numbers of people who purposely violate U.S. immigration laws, we are taken advantage of by gaps in our legal frameworks and that undermine the rule of laws.”