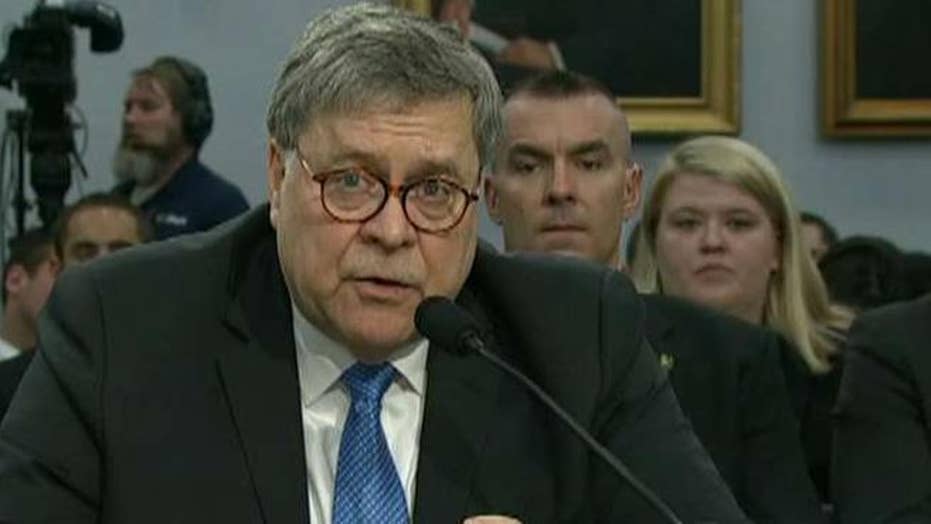 “A headline today is that William Barr's personally reviewing the conduct of the FBI in launching the Trump Russia collusion hoax. He knows and there is a plethora of evidence that the process by the FBI was corrupted by political bias and personal animus,” Jarrett told Sean Hannity.

GOHMERT UNLOADS ON 'SMIRKING' STRZOK, ASKS IF HE LIED TO HIS WIFE WHILE CHEATING ON HER

According to an administration official who briefed Fox News, Barr has assembled a "team" to investigate the origins of the FBI's counterintelligence investigation into the Trump campaign.

Republicans have called for an investigation of the FBI's intelligence practices and the basis of the since-discredited Russian collusion narrative following the conclusion of Special Counsel Robert Mueller's probe -- and they now appear to have assurances that a comprehensive review was underway.

Jarrett laid out a case for a criminal investigation by Barr.

“There was never any credible evidence to launch the investigation and Lisa Page verified that in her own testimony, Comey grudgingly admitted it. And then they made matters worse, they lie to FISA judges to obtain a wiretap warrant. So all of this I think William Barr is going to investigate,” Jarrett said.

“And when he receives, sometime this week from members of Congress, a criminal referral he will read what they are laying out the facts, the evidence and the law which will initiate, I believe, a criminal investigation by Barr.”