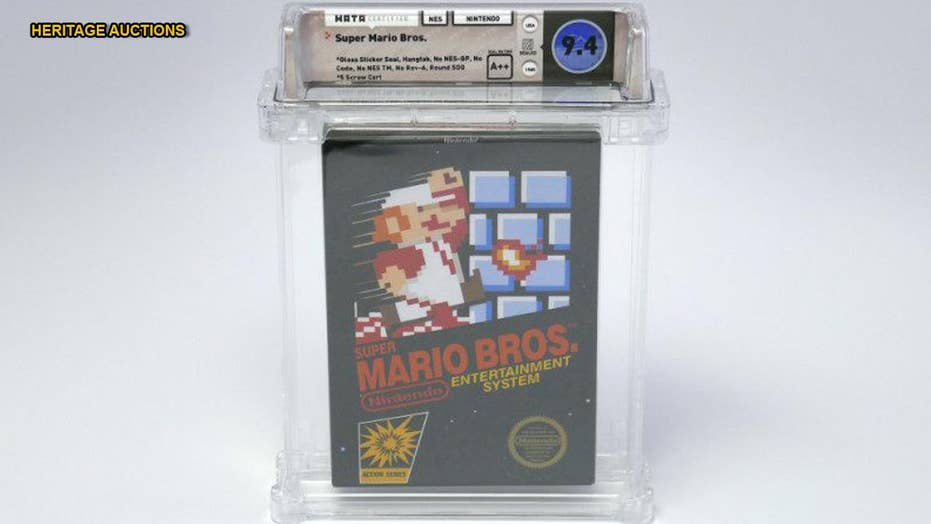 If the Super Mario Bros. theme song fills you with joy, then ask yourself, how much would you be willing to pay for a super-rare, unopened copy of the original game from 1985?&nbsp;

Loved playing Super Mario Bros. on your Nintendo Entertainment System back in the day? How much would you pay for an ultra-rare, unopened copy of the game from 1985, the year it was released? For one group of collectors, the answer to that question was $100,150.

For that record-breaking price, they'll receive one of the original "sticker sealed" copies of the game, which were only sold in New York and Los Angeles, according to a Thursday news release from Dallas-based Heritage Auctions. The copy was certified by video game grading service Wata Games with a "near mint" grade of 9.4 and a "seal rating" of A++.

"Beyond the artistic and historical significance of this game is its supreme state of preservation," Wata Games Co-Founder and Chief Grader Kenneth Thrower said in a statement. "Not only are all of NES sticker sealed games extremely rare, but by their nature of not being sealed in shrink wrap they usually exhibit significant wear after more than 30 years. This game may be the condition census of all sticker sealed NES games known to exist."

The buyers included Heritage Auctions Founder and Co-Chairman Jim Halperin of Dallas; coin dealer and video game collector Rich Lecce of Boca Raton, Fla.; and video game store owner Zac Gieg of Lancaster, Penn. There's no word as to what they plan to do with the game now, but don't be surprised if you hear it's up for auction again down the line.

"I'm very happy with our purchase of the Super Mario Bros., considering the impact the release of this game had on the world and continues to have," Halperin said, adding that it "just may end up in an auction sometime in the future."

Over the years, other vintage technologies have made their way to the auction block, fetching a pretty penny. In September, for instance, a working Apple-1, one of the first computers Steve Jobs and Steve Wozniak ever made, sold for $375,000.