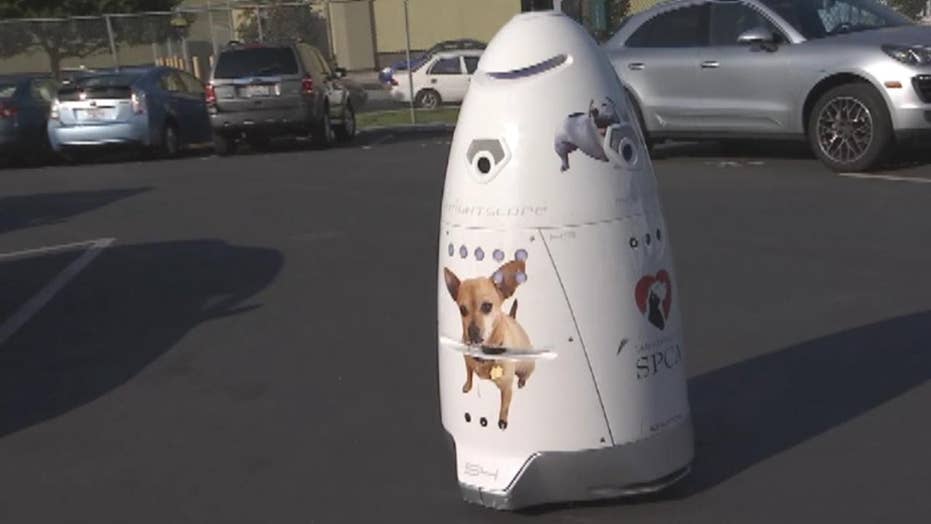 The San Francisco SPCA, a non-profit whose mission is "to save and protect animals ... and enhance the human-animal bond," is reportedly doing just the opposite with its latest robot security guard.

It is terrifying homeless people that hang out near the SPCA building in the Mission section of the city, which was part of its objective, but it is freaking out residents as well.

According to San Francisco Business Times, the robot ─ dubbed K9 ─ was put into place to try and deal with the number of needles, car break-ins and other crimes that have reportedly come from a nearby encampment of homeless people.

“We weren’t able to use the sidewalks at all when there’s needles and tents and bikes, so from a walking standpoint I find the robot much easier to navigate than an encampment,” Jennifer Scarlett, the SPCA’s president, said in an interview with the San Francisco Business Times.

After the SPCA implemented the robot, Scarlett said homeless encampments disappeared and fewer cars were broken into. She added that it was not clear whether the robot was the cause of the decrease in crime, but that there was a correlation.

Upon seeing the robot, some of the people in the encampment expressed their annoyance, putting barbecue sauce on its sensors, knocking it over and putting a tarp on it, Scarlett said.

The people in the homeless encampment were not the only ones who were freaked out by the robot.

San Francisco resident Fran Taylor, who lives near the SPCA location, said the robot approached her and her dog while she was out for a walk. The dog began barking and attempted to go near it, while she yelled at it to stop. The robot eventually stopped 10 feet away from her.

Taylor wound up writing a letter to the SPCA, expressing her displeasure after her run-in with the robot. The SPCA responded saying it had security concerns and that the robot was part of its solution.

Last week, the city of San Francisco ordered the SPCA to keep its robot off the sidewalks or it would face a $1,000-a-day penalty for operating it in the public right-of-way without a permit.

This is not the first run-in citizens around the country have had with robot security guards.

In January, a Knightscope robot was seen patrolling the streets of New York City and attracted the attention of curious onlookers.

In April, a man in Mountain View, California attacked a 300-pound security K5 robot made by Knightscope on the company's campus. He claimed he was trying to "test" the robot and was ultimately charged with being drunk in public and a Knightscope employee requested his arrest for prowling.

In July, a Knightscope robot drowned itself, falling into a fountain after it was "hired" to patrol a Washington, DC office building.