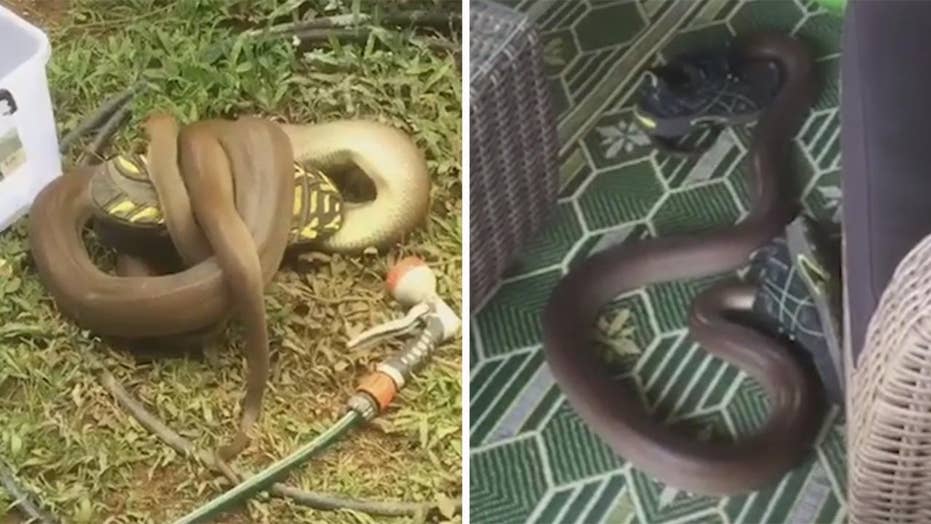 A python's obsession with a pair of running shoes has mystified a Cairns man who encountered the wild reptile “attacking” his footwear in his yard.

When Caravonica resident Sipke Vink found a 2.5m long python wrapping its large coils around his shoes in his front yard on Tuesday, he initially thought the animal was attempting to eat them.

However, the odd display that continued for more than an hour had him questioning whether the snake – believed to be an olive python – had other ambitions in mind.

“He was stuck in my shoe for about 50 minutes, and I tried to get him out, but he refused to let it go,” Mr Vink said.

“Maybe it had a good smell in it.”

Originally published as Python refuses to part with man’s shoe.