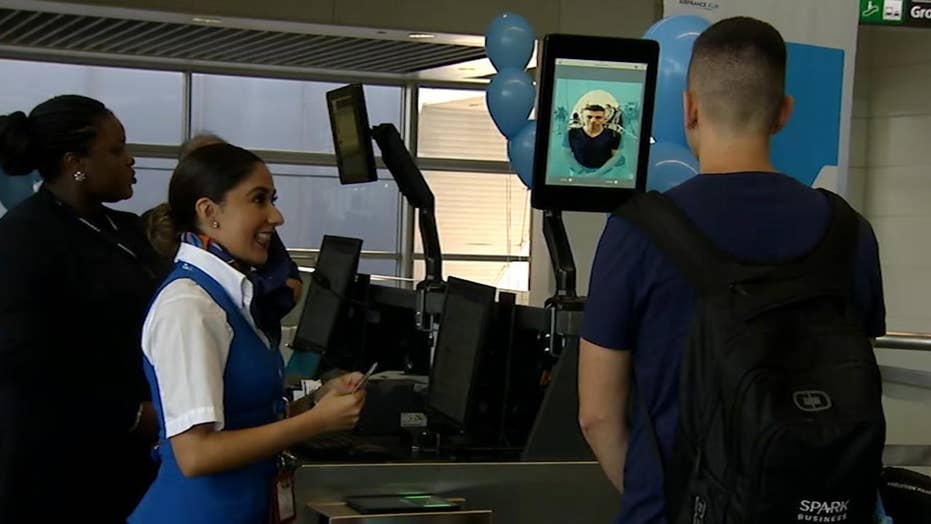 While the Trump administration scrapped a proposed rule to use facial recognition to identify all people entering and leaving the United States, in other areas the federal government is embracing an expanded use of the technology despite privacy concerns.

Let’s face it – facial recognition isn’t going anywhere.  Whether we realize it or not, most of use some type of facial technology software every day.  It’s being widely used in shopping, home security, and law enforcement, and millions of us use it constantly to open our smart phones.  But privacy advocates and civil libertarians are raising alarms about the growing use of facial recognition technology by the federal government under President Trump.

The Trump Administration recently proposed a rule to use facial recognition to identify and photograph all people entering and leaving the United States, including American citizens.  That idea was scrapped after big objections from lawmakers and activists, but the administration is moving ahead with more limited use of the technology in a number of airports and other ports of entry.  Officials say it makes the public safer and so far, they’ve had very few complaints from travelers.  Other agencies are also using it, including Customs and Border Protection, which is trying to beef up its technological response to the massive influx of illegal immigrants across the southern border.

A growing number of critics, both in and out of the government, say any type of facial profiling and recognition amounts to illegal surveillance, a violation of the 4th amendment.  Most Democrats and a growing number of Republicans on Capitol Hill say it trades too much freedom for too little security, and folks we spoke to seem to agree.  Several noted that once the government has a database of Americans with their photographs, there’s no telling what it could be used for.  "You never know,” said one man, “10 years 20 years down the line, what that information might be used for."

But others – including several security-focused lawmakers – say any new technology should be on the table when it comes to saving lives.  And some travelers we spoke to point out that there is no realistic expectation of privacy in public places. “If you’re at the airport, in public,” said one woman, “you’re going to be photographed no matter what, so I feel that it’s not a problem.”

Beyond the privacy concerns, security experts are also worried that a huge government database like the one being suggested could be a prime target for a data breach.  Some say it could give hackers access to biometric data from millions of Americans.  Mike Howell, a former oversight counsel with the Department of Homeland Security, says it’s all about finding the right balance with data collection, and suggests a possible remedy: simply delete the information when it’s done being used. “The big question for us,” says Howell, “is how D.H.S. and the government largely will protect this data?  We want the data we collect to keep us safe from threats, not to, you know, make it unsafe.”

Ultimately, Congress may have the final say on the future of facial recognition, with more legislation and regulation being proposed to keep it in check.  At the top of the agenda – a bipartisan bill introduced by Maryland Democratic Senator Chris Coons and Republican Mike Lee of Utah that would require federal agents to get a warrant before using facial recognition software in criminal investigations.