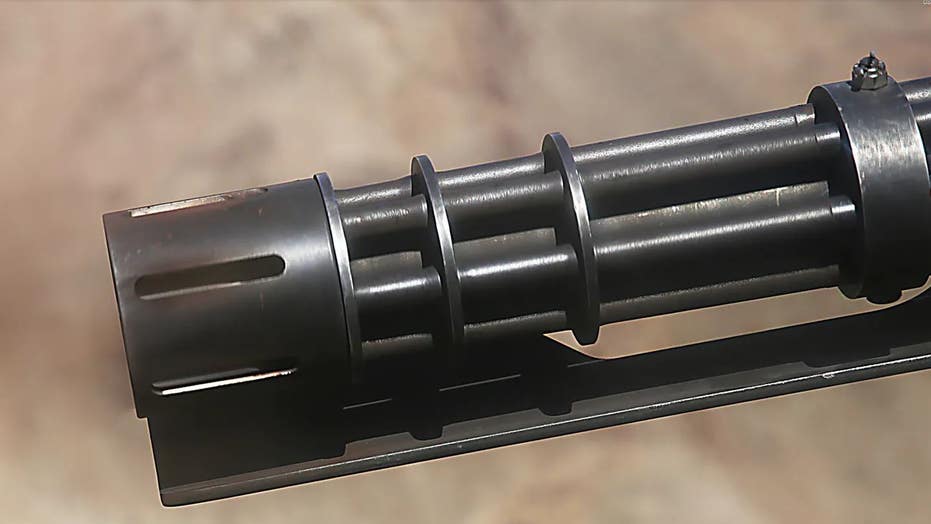 The Pentagon is seeking millions for an unmanned flying gun that could handle airborne or ground-based targets.

DARPA, the government agency that birthed the network which became the internet, is asking for $13.27 million in its 2021 fiscal year budget request for this so-called flying gun. The high-tech military division has called it Gunslinger.

"Gunslinger program will develop and demonstrate technologies to enable an air-launched tactical range missile system capable of multi-mission support," the entry in the Defense Advanced Research Projects Agency budget proposal states. "This system will utilize the high maneuverability of a missile system coupled with a gun system capable of scalable effects and engagement of multiple targets."

According to The Drive, which first reported the news, the military does not provide any information about how large the proposed system will be nor the type of guns it could carry.

COULD HACKERS TURN SATELLITES INTO WEAPONS?

The funding would go to "trade studies, to include propulsion, munitions, sensors, GPS and communication," The Drive reports.

DARPA is well known for seeking advanced technologies that could further the U.S. military's goals worldwide.

Last August, the secretive agency posted a request for information on Twitter that included an ask for an underground lair. In January, a post to the Federal Business Opportunities website sought concepts that could utilize insect brains to control robots. Earlier this month, a team from the University at Buffalo was awarded a $316,000 grant to study the brain waves and eye movements of gamers to help build an advanced AI that could control the actions of military robots.