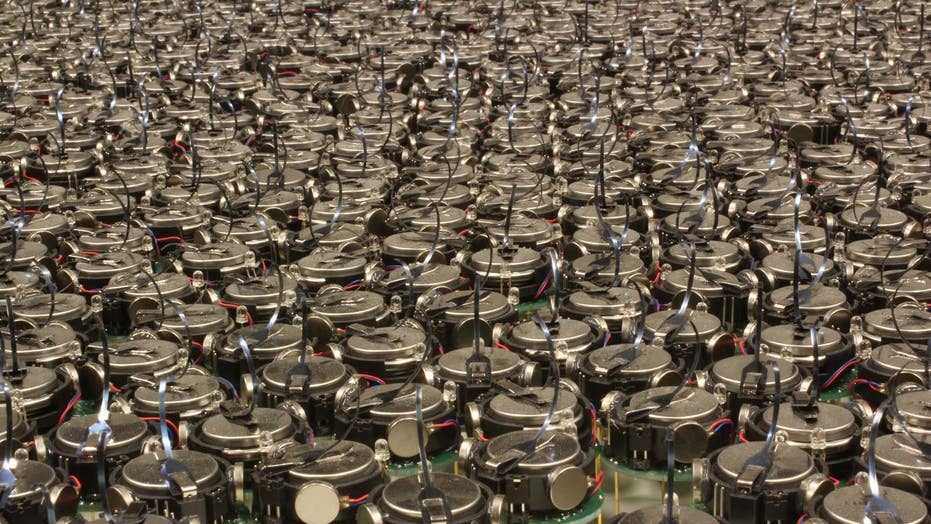 A group of experts wants to study the brain waves and eye movements of people playing a video game in order to build an advanced AI that could coordinate the actions of military robots.

The U.S. Defense Advanced Research Projects Agency, known as DARPA, awarded a team from the University at Buffalo's Artificial Intelligence Institute a $316,000 grant for the study.

Although swarm robotics is inspired by many things, including ant colonies, researchers believe that humans have a lot of potential to improve AI learning systems. The study of 25 video game players will include real-time strategy games such as StarCraft, Stellaris and Company of Heroes.

“The idea is to eventually scale up to 250 aerial and ground robots, working in highly complex situations. For example, there may be a sudden loss of visibility due to smoke during an emergency. The robots need to be able to effectively communicate and adapt to challenges like that,” the grant’s principal investigator, Souma Chowdhury, assistant professor of mechanical and aerospace engineering, School of Engineering and Applied Sciences, told UBNow.

ARMY SEEKS TECH TO SEE THROUGH WALLS, IDENTIFY PEOPLE ON THE OTHER SIDE

As students are playing the game, researchers will record the decisions they make, track their eye movements with high-speed cameras and watch their brain activity through electroencephalograms.

That data will then be used to build artificial intelligence algorithms that guide the behavior of autonomous air and ground robots.

“We don’t want the AI system just to mimic human behavior; we want it to form a deeper understanding of what motivates human actions. That’s what will lead to more advanced AI,” Chowdhury told UBNow.