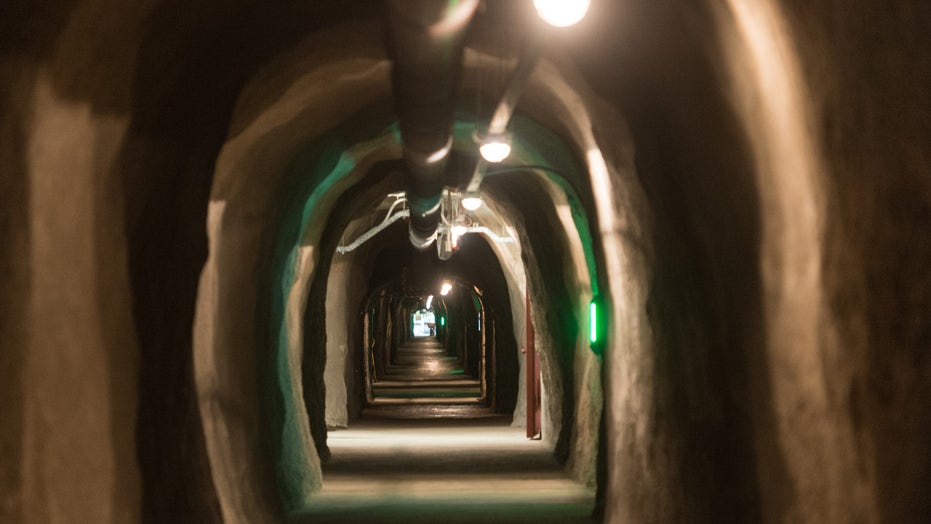 A U.S. government agency that birthed the network which ultimately became the Internet is apparently in need of an underground lair. And fast -- by tomorrow, to be specific.

The Defense Advanced Research Projects Agency (DARPA), which has famously been involved in a range of projects, including neural implants for U.S. soldiers, made its need known in a Wednesday tweet that prompted some suspicious replies.

APPLE CO-FOUNDER STEVE WOZNIAK THINKS COMPANY SHOULD BE BROKEN UP

DARPA solicited information on underground lairs in a recent tweet. The above image shows the inside of the Barbara Tunnel in Oberried, Germany. The tunnel has been the central long-term archive of Germany since 1975. (Getty Images)

The tweet included a link to a Request for Information (RFI) form and some stark images: a subway station devoid of humans, a dark parking garage and some type of underground bunker.

The government agency elaborated a bit in a second tweet.

One person responded, "This sounds both exciting and ominous," to which the DARPA account replied, "Even to us."

Although the solicitation might conjure dystopian visions or zombie-apocalypse preparations, a representative for DARPA told Fox News that the request is related to finding locations for its Subterranean Challenge Urban Circuit - a competition that's examining new approaches and technologies that could help first responders and the military navigate tunnels, the urban underground and cave networks.

"Per the announcement on the Federal Business Opportunities website, the RFI is intended solely for information and planning purposes, and does not constitute a formal solicitation for proposals. Complex urban underground infrastructure can present significant challenges for situational awareness in time-sensitive scenarios, such as active combat operations or disaster response," Jared Adams, DARPA's chief of communications, told Fox News via email.

One Twitter user joked, "We are definitely not looking for new places to keep all the Demogorgons," referencing the monster in "Stranger Things."

DARPA responded with this: "Please. Demogorgons are such a Department of Energy thing."

The teams competing in the Subterranean Challenge are vying for several million dollars in prizes.