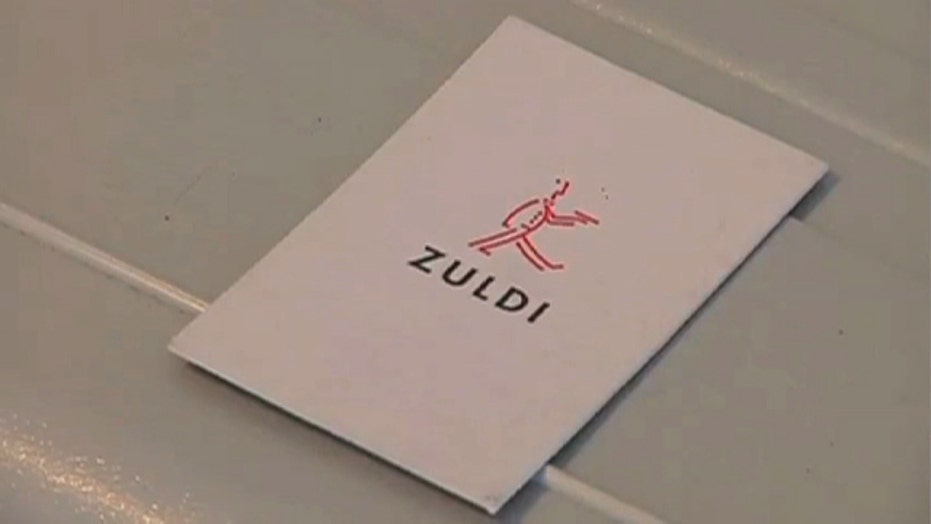 Matt Finn shows us how restaurant service can get much faster with technology that allows waiters to order, pay and print from the table

Startup company Zuldi is taking the touchscreen technology that’s become common in restaurants and bars to the next level.

“It makes things so much easier, everything is right there at my fingertips,” said Taryn Vazquez, one of the first bartenders in the country to use the new Zuldi technology at Bin 702 in Las Vegas.

Zuldi lets a server do all of their work on an iPod right from the table. They can send the customer’s order to the kitchen, accept their payment, and email the receipt.

Vazquez said it’s much faster than the old-fashioned method of placing orders from an anchored, touchscreen register.

“There would be a line of girls or bartenders to use the Micros system to punch in the orders,” Vazquez said.

Zuldi co-founder Hartej Sawhney, told FoxNews.com that improving servers’ efficiency is exactly what the technology is meant to do.

Zuldi is easy for a business to install because it doesn't require a major hardware overhaul. The entire system comes in a small suitcase-sized box that holds all of the iPods inside. A business leases the box and plugs it into the wall to charge.

Zuldi does much more than just place orders. It also gathers precise and valuable data for the business owner.

For example, it can tell exactly how much of a certain brand of liquor was sold on a particular night to a specific demographic.

“It’s a lot easier to kind of craft drink specials just based on what we’re selling more of or what we aren’t selling that much of,” Vazquez said.

The idea hit the Zuldi co-creator one night as he watched hundreds of young adults waiting in line to be served in a bar—all with smart phones in their hand.

“You’re standing in line at a bar trying to beg for the bartender’s attention and get a drink,” Sawhney said. “And all I could think over and over again was that my iPhone should be talking to this P.O.S. system.”

Now, Sawhney’s vision has become a reality. He told  FoxNews.com that several large resorts in Vegas are in talks to acquire Zuldi and that he plans to expand it to Los Angeles and New York.