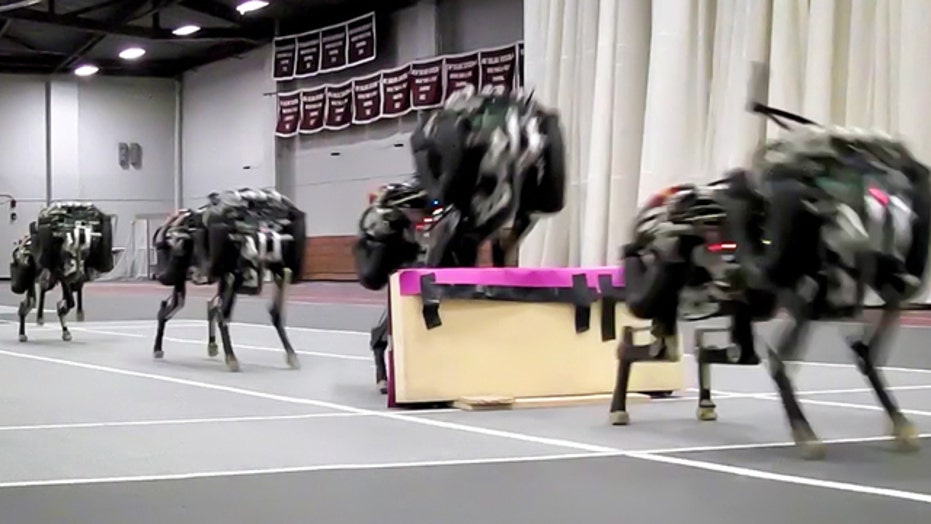 MIT researchers' previously shown ‘cheetah-bot,’ a robot that resembles — you guessed it — the fastest land animal on earth, can run up to 10 mph. The robot's latest enhancements, however, have enabled the mechanized feline to jump by leaps and bounds. The machine has been described by MIT as the “the first four-legged robot to run and jump over obstacles autonomously."

In experiments on a treadmill and an indoor track, the robot successfully cleared obstacles up to 18 inches tall — more than half of the robot’s own height, MIT announced Friday. The 'cheetah-bot' maintained an average running speed of 5 miles per hour during the experiments.

The MIT research on the four-legged robot is supported by the Defense Advanced Research Projects Agency (DARPA), and is meant to eventually create agile machines that could be applied in a number of different situations.

“Our goal is to use this kind of robot to save lives in a disaster situation. It could be used to help fire fighters or police in a dangerous situation,” Sangbae Kim, MIT associate professor of mechanical engineering, told FoxNews.com back in September.

How does this robot operate? It uses a technology called LIDAR that employs a laser distance sensor to scan its surroundings. The MIT team developed a three-part algorithm to plan out the robot’s path, based on LIDAR data.