Forget taking off your fitness tracker when you shower or even having to plug it in to charge. Matrix Industries’ is rolling out the PowerWatch, the first wearable to ever harness your body heat to recharge. Take a look at its unique design and groundbreaking technology.

It’s time to throw away that charging cord; Matrix Industries, a Silicon Valley materials company whose mission is to harness wasted energy, has begun to ship its first smart watch, the PowerWatch, powered entirely by body heat.

“It takes your body heat, which is otherwise wasted and turns it in to useful power to power a smart watch and fitness tracker,” Douglas Tham, Chief Technology Officer of Matrix industries tells FOX News.

The PowerWatch is the first of its kind  utilizing advanced thermoelectric generators to boost power and charge the internal battery. It’s water resistant up to 50 meters (164 ft) so the user doesn’t even have to take it off while showering.  Tham says being able to wear the tracker 24-hours a day is a stark difference from all of the other trackers on the market. “It gives you a  more holistic picture of what you are doing in your daily life,” says Tham. 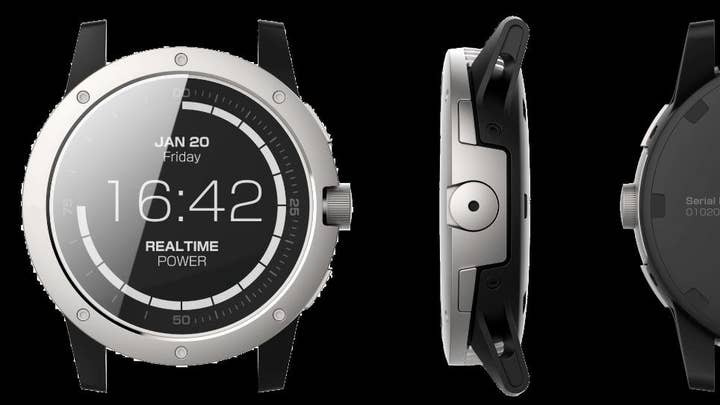 Less than a year after surpassing its crowd funding goal and with new backers on board, Matrix began to ship out the first generation of PowerWatch to initial investors.  Consumers can expect to see the watch in stores for the holidays.

The basic Powewatch with silicone strap costs $169. One step up is the Black Ops model, for $199, which comes in a sleek black finish and a Milanese strap. The third option is the PowerWatch X for $249 which offers notification, a reinforced bezel and is water resistant up to 200 meters (656 ft).

“Imagine the future you can have AR goggles or AR glasses powered by the heat from your head, hearables and a lot of other devices that possibly could be a nuisance to use today because of battery charging issue,” says Tham. He explains that every industry could benefit from this new and advancing technology of embracing wasted heat. “If you captured all that heat and recycled it in to useful power, you could power another earth,” says Tham.

Be sure to watch Tham’s full interview  and demo of the PowerWatch above.