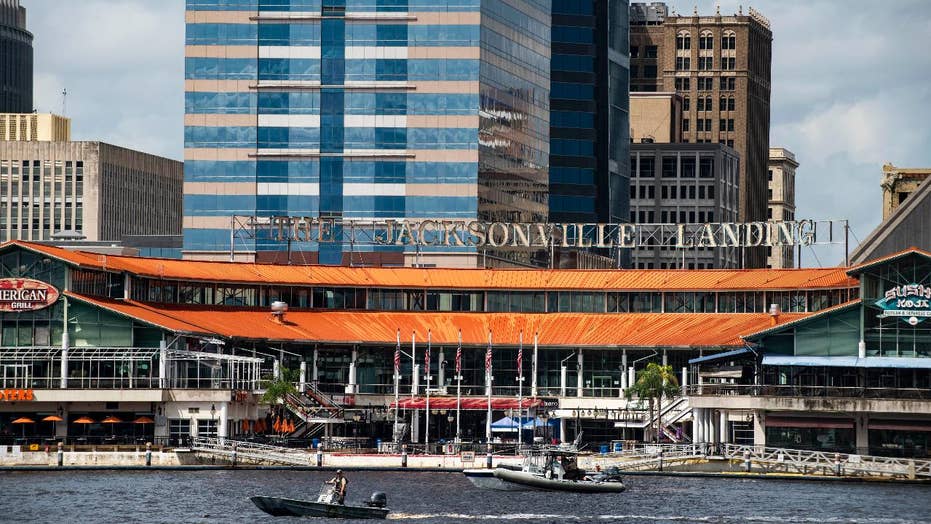 Chilling livestream footage that shows Sunday's deadly shooting during a Madden 19 NFL tournament in Jacksonville has surfaced on social media.

The tournament was streamed live on Twitch, an online network that attracts tens of millions of visitors, most of whom watch footage of other people playing video games. Amazon bought Twitch in 2014 for $970 million in cash.

The gunman killed two people and then fatally shot himself in a rampage that wounded several others. Authorities believe 24-year-old David Katz of Baltimore carried out the attack using at least one handgun at the Jacksonville Landing, a collection of restaurants and shops along the St. Johns River.

Footage of the Twitch livestream that appears to record the horrific shooting has appeared on social media. Gunshots can clearly be heard on the footage’s chilling audio as well as the voices of terrified gamers. The video does not show the shooter.

On Twitter, users were sickened by the disturbing footage. “Warning that there is a very graphic video with audio from the Jacksonville shooting floating around,” tweeted @SparkyROAR. “It’s from a twitch stream and has Madden playing on the screen. Please avoid unknowingly clicking on videos that look like that unless you’re prepared.”

The shooting has prompted calls for tighter security at professional video gaming events.

Twitter user @FadyLace voiced her concern about the Twitchcon event in San Jose in October. The event, described as “a celebration for Twitch creators,” is expected to attract thousands of Twitch streamers and fans, according to the event website.

“Hey @Twitch @TwitchCon given the recent shooting in Jacksonville at the Madden tournament, what are you doing to prevent something like this from happening at Twitchcon?” she tweeted.

Fox News has reached out to Twitch with a request for comment on this story.

“We are shocked and saddened by the tragedy that took place in Jacksonville today. Twitch and all its staff send our deepest sympathies to the victims, their loved ones, and everyone in our community who's grieving today,” Twitch tweeted on Sunday.

Professional video gaming, or eSports, is a fast-growing industry where players compete against each other for lucrative prizes, often in front of large audiences. The events also have a huge following online via streaming platforms such as Twitch and Youtube.

The global eSports market is expected to be worth $905.6 million in 2018, according to eSports specialist Newzoo, a 38 percent increase on 2017.