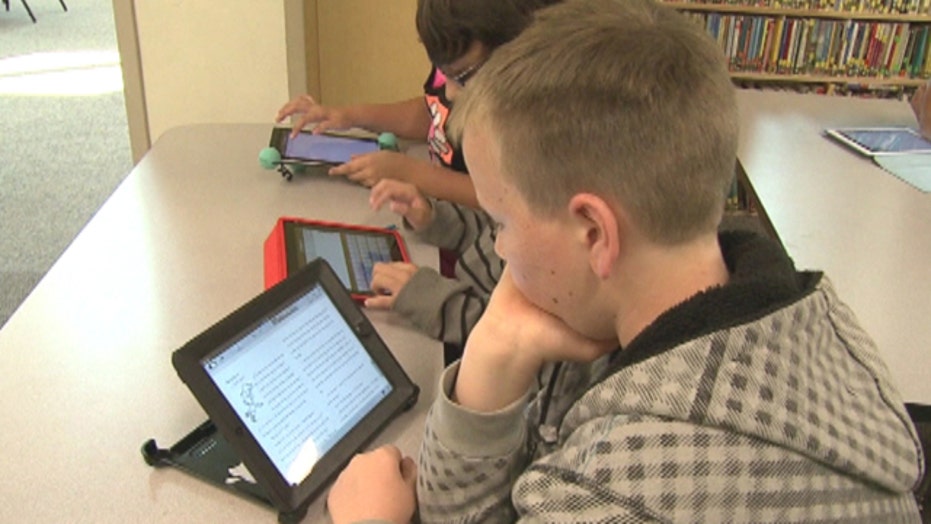 Megabyte: List of gadget-related illnesses; AIRO wristband tracks your health; how many kids under eight use tablets?

Put down your PC -- it could make you sick.

New York Magazine has put together a list of gadget-related illnesses, and once you read it, you'll never look at a computer virus the same way again. One the site highlights: a Mayo Clinic report that smartphone and tablet use can cause sleep deprivation due to their bright lights, which inhibit the body from entering sleep correctly.

Then there’s nomophobia, which 66 percent of people apparently suffer from. For those afflicted, the thought of even a prosaic bathroom trip sans smartphone can cause separation anxiety, with symptoms like trembling, sweating, and nausea. does that sound like you?

Next! A wristband that monitors nearly everything you do. The Airo wristband from Airo Health launched yesterday and, according to engadget.com, claims to track your heart rate, workout intensity, sleep patterns and nutritional intake. I’m still waiting for the one that will measure how many words you utter a day. I know a few people who should slice that in half.

Finally! A common sense media study found that 38 percent of children under 2 years old use mobile media to watch videos and play games. Smartphones are like a built in babysitter for parents.  Mashable.com said that children under 8 are using these gadgets for an average of 15 minutes per day.  Whereas baby boomers either refuse to embrace them or attend Apple’s how-to classes, rather than asking their tech savvy kids for help ... I'm looking at you, mom!

You've had your megabyte.  See you later techies!