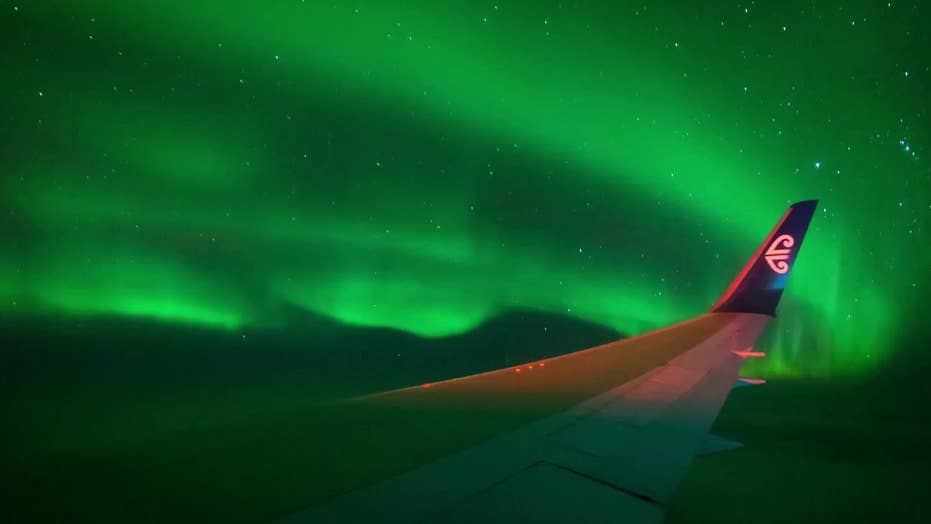 A remarkable time-lapse video of the Aurora Australis has been captured from the window of a plane.

The video was taken on a flight from Dunedin in New Zealand to see the remarkable light display. Also known as the Southern Lights, the Aurora Australis is the southern hemisphere counterpart of the Aurora Borealis, or Northern Lights.

The trip was the first chartered flight from Dunedin to see the Southern Lights, according to the New Zealand Herald. The charter plane left Dunedin late Thursday and flew close to the Antarctic Circle to give the passengers an up-close look at the Aurora.

Otago Museum Director Ian Griffin helped organize the flight so people could see the spectacular rivers of green light in the night sky.

An astronomer, Griffin says he was inspired after seeing the Southern Lights while flying as a guest in a NASA observatory plane.

Auroras occur when the Earth’s magnetic field interacts with charged particles from the sun, according to LiveScience, which notes that the southern hemisphere’s auroral zone is mostly over Antarctica or the Southern Ocean.