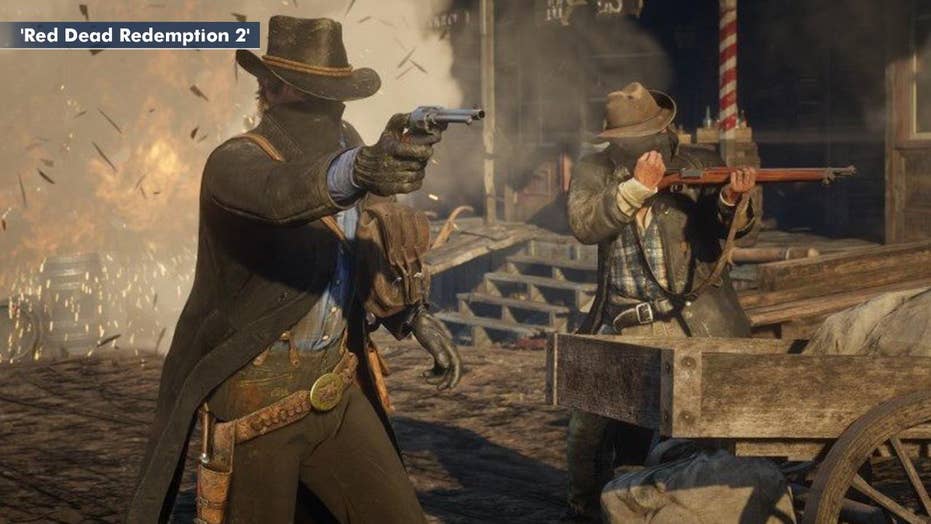 Rockstar Games, the studio best known for the 'Grand Theft Auto' franchise, has another runaway hit on their hands.

A major gaming studio has gambled big-time on a new western, and it's paying off, launching a billion-dollar baby just in time for the holidays.

Rockstar Games is an industry heavyweight best known for the "Grand Theft Auto" series. Now they've got another runaway hit on their hands, the sequel to the classic western shooter "Red Dead Redemption." The second installment, "Red Dead Redemption 2," has been flying off store shelves in near-record numbers since its release, making over $725 million in just its first three days. In its first week, it made more than a billion dollars, proving there's an appetite for gamers who want to go back to the future for their entertainment.

FOX ON TECH: VIRTUAL ASSISTANTS AND 911

"Red Dead Redemption 2" is being described as a big leap forward for the genre, an epic Western with serious themes and dramatic undertones. It follows a main character, Arthur Morgan, as he navigates life in a gang in the waning days of the wild west, and players get to see what happens to outlaw culture as the west was won.

While the numbers for "Red Dead Redemption 2" are impressive, it isn't Rockstar's best-selling game of all-time. That record belongs to "Grand Theft Auto 5."  According to Rockstar's parent company Take Two, GTA5 reached the billion-dollar milestone after only three days in stores. And while the studio isn't likely to stray far from that formula anytime soon, it does acknowledge that the success of "Redemption 2" shows there's an appetite for more in-depth storytelling with historical settings. So don't be surprised if you see other westerns or similarly "serious" themed games coming from Rockstar in the near future.