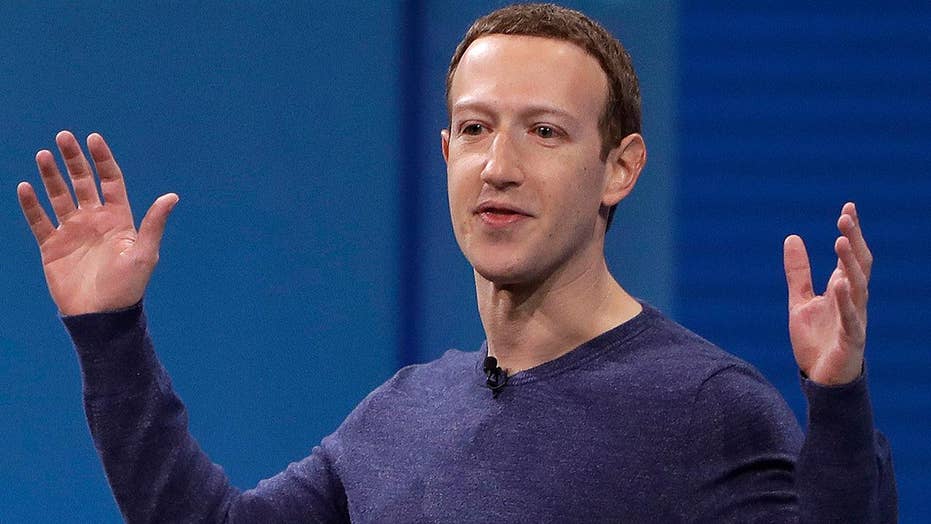 Facebook CEO under fire for defending the social media giant's decision to not to ban offensive content, including those denying the holocaust.

Facebook may be locked in a battle against fake news, and now CEO Mark Zuckerberg is backtracking on claims that the social network won’t ban Holocaust deniers.

Zuckerberg gave the explanation to Recode after the site aired audio of the Facebook founder claiming “abhorrent” content, the New York Post reported, had a right to spread across his massive social media network.

“I personally find Holocaust denial deeply offensive, and I absolutely didn’t intend to defend the intent of people who deny that,” Zuckerberg told the website later. “Of course if a post crossed a line into advocating for violence or hate against a particular group, it would be removed. … These issues are very challenging but I believe that often the best way to fight offensive bad speech is with good speech.”

“I don’t think that we should be in the business of having people at Facebook who are deciding what is true and what isn’t,” he said, during an episode of the Recode Decode podcast on Wednesday.

During the podcast, Zuckerberg also discussed misinformation about the Sandy Hook shooting, as well as Facebook’s handling of content from Holocaust deniers. “I’m Jewish, and there’s a set of people who deny that the Holocaust happened,” he explained. “I find that deeply offensive. But at the end of the day, I don’t believe that our platform should take that down because I think there are things that different people get wrong.”

HOW UNDER-FIRE FACEBOOK IS BOLSTERING ITS BATTLE AGAINST FAKE NEWS

“I just don’t think that it is the right thing to say, ‘We’re going to take someone off the platform if they get things wrong, even multiple times’.” he added. “What we will do is we’ll say, ‘Okay, you have your page, and if you’re not trying to organize harm against someone, or attacking someone, then you can put up that content on your page, even if people might disagree with it or find it offensive.’ But that doesn’t mean that we have a responsibility to make it widely distributed in News Feed.”

The comments attracted significant attention, prompting Zuckerberg to send a clarification email to Swisher Wednesday. “I personally find Holocaust denial deeply offensive, and I absolutely didn’t intend to defend the intent of people who deny that,” he wrote, according to a Recode report. “Our goal with fake news is not to prevent anyone from saying something untrue — but to stop fake news and misinformation spreading across our services.”

The Facebook chief made the podcast comments amid the ongoing shockwaves from alleged Russian meddling in the 2016 Presidential Election and the Cambridge Analytica data sharing scandal.

Fake news remains an ongoing struggle for the social media giant. “I actually think one of the things that we should be trying to do is figure out how to empower and build other institutions around us that are important and can help figure out these new issues on the internet,” Zuckerberg told Recode Executive Editor Kara Swisher.

Facebook has been bolstering its efforts to combat the proliferation of fake news on its platform, forging partnerships with fact checkers in a process that uses machine learning technology and human reviewers. The actual reviews of potentially fake news are conducted by humans, according to Facebook.

Stories with fake information can be flagged with a blue button and pushed down users’ news feeds. If in violation of Facebook’s code of conduct, the content can be completely deleted.

Facebook announced a strategy to tackle fake news in December 2016, making it easier for users to report fake news when they see it, and harnessing fact checking.

“Someone has to have the job of doing that. Society needs people who can be trusted, who can say, to vet things fairly, and say ‘this is probably false’,” Zuckerberg said during the podcast. “I think that there’s a role to help build an ecosystem and support that ecosystem.”

On its website, the social network says it works with third-party fact-checkers in a “non-partisan international fact-checking network.” Organizations in the network include Snopes.com, the Associated Press and Agence France Presse.

In 2017, the company also revamped its systems to make it harder for fake news to be spread and eliminate fake accounts.

Facebook remains firmly in the political spotlight. On Tuesday, an executive at the company apologized for its treatment of pro-Trump social media stars Diamond and Silk. “We badly mishandled our communications with them,” Monika Bickert, Facebook’s vice president of global policy management, told the House Judiciary Committee, according to the New York Post.

The hearing was focused on whether tech giants such as Facebook are censoring conservative voices on their platforms.

In the U.K., authorities looking into inappropriate use of data gathered by now-defunct political consultant Cambridge Analytica from millions of Facebook users say some of the systems that accessed the material appear to be in Russia or a group of former Soviet states.

The Information Commissioner’s Office, which is investigating data analytics by political campaigns, said in a statement Wednesday that “some of the systems linked to the investigation were accessed from IP addresses that appear to resolve to Russia and other areas of the (Commonwealth of Independent States.)”