Facebook is now under criminal investigation over the controversial data-sharing deals that it struck with dozens of other big tech companies — casting a cloud of uncertainty over the social media behemoth as it tries to crawl back from two years of scandals, controversies and apologies.

A New York grand jury has subpoenaed records from two major smartphone makers, both of which had data-sharing partnerships with Facebook that allowed them to access a massive amount of information about users, two anonymous sources told The New York Times.

More than 150 firms, including Amazon, Apple and Microsoft, were among those that had data-sharing agreements with Facebook, many of which allowed them to see users' friends lists, contact information and other information, at times without consent. After the initial story broke in December, Facebook said it had phased out most of the partnerships.

“It has already been reported that there are ongoing federal investigations, including by the Department of Justice. As we’ve said before, we are cooperating with investigators and take those probes seriously. We've provided public testimony, answered questions, and pledged that we will continue to do so," a Facebook spokesperson told Fox News via email on Thursday.

Fox News reached out to Apple and Samsung, two companies that have had data-sharing agreements with Facebook, as well as Facebook itself, for comment on the investigation.

According to the Times, it's not clear when the grand jury was seated or what it's specifically focused on, but it's being overseen by prosecutors with the U.S. attorney's office for the Eastern District of New York. Separately, the paper reports that the Justice Department's securities fraud unit began investigating the tech giant after the Cambridge Analytica data scandal. The Menlo Park, Calif. company was already under investigation by the Federal Trade Commission and the Securities and Exchange Commission.

"I'm glad prosecutors are investigating whether Facebook broke criminal law when it broke consumers' trust & shared users' data without consent. I wrote to Mark Zuckerberg about these revelations in June & demanded answers because Americans have a right to control their own data," Sen. Ed Markey, D-M.A., who sits on the Commerce, Science and Transportation Committee, said in a statement on Twitter.

The Cambridge probe is still quite active, reports the Times, having questioned witnesses as recently as February, and focusing on Facebook's public claims that it was misled by the data-mining firm. Facebook executives have said they believed Cambridge, which was hired by then-candidate Donald Trump's campaign, was only using data for academic purposes, but the Times reports that the fine print on a quiz app that collected information allowed commercial use of the data. 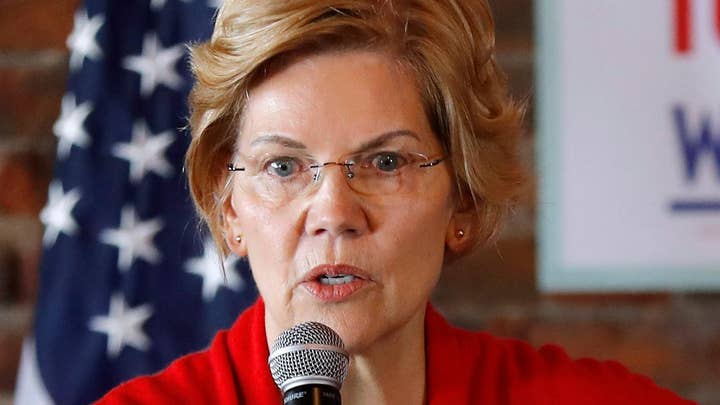 Facebook deleted the quiz app in December 2015 and eventually suspended Cambridge Analytica from using its platform. Neither the Justice Department nor the Eastern District would comment on the record to the Times.

The data-sharing deals, which came to light in December of last year, drew scathing criticism from privacy advocates and lawmakers.

"We are particularly troubled that Facebook is undermining user privacy by misinterpreting the term "service provider," which is an exception to the privacy rules in the FTC's 2011 consent order," the Electronic Frontier Foundation (EFF), a nonprofit digital rights organization, said in a blog post at the time.

The company, which earned $55.8 billion in revenue last year, has seen user growth flatline or drop in North America and Europe, and in particular, has been abandoned by coveted younger users.