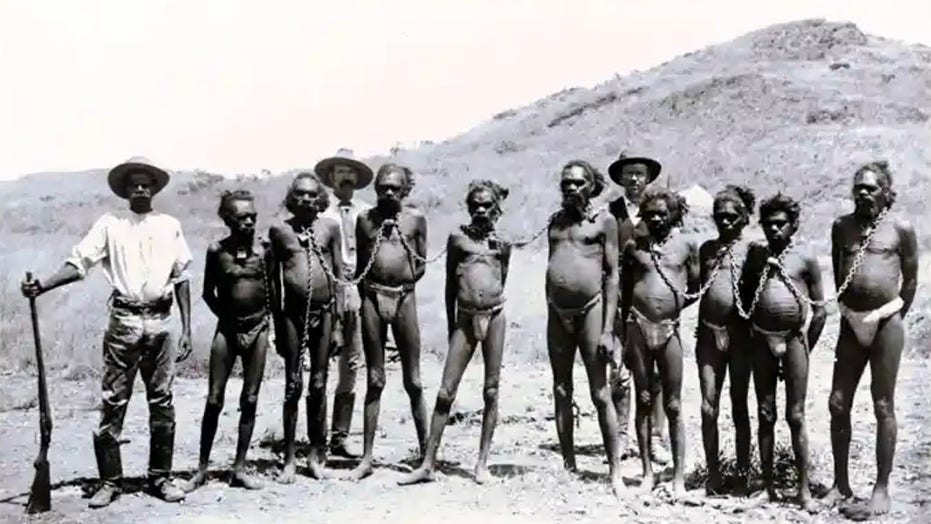 Multiple Facebook users had their accounts blocked or banned over the weekend for sharing an article that featured an image of Australian Aboriginal men in chains, according to a Monday report.

A Facebook user had made a post refuting Australian Prime Minister Scott Morrison’s assertion that Australia had never had slavery – comments he retracted a day later. The user’s post featured a photo from the 1890s showing Aboriginal men in chains.

A photo from the 1890s showing Australian Aboriginals in chains.  (State Library of Western Australia)

A company spokeswoman said the removal had been the result of an automated process and was a mistake.

Yet dozens of other Facebook users reported the same issues when they tried to repost a link to the Guardian article. Some were even banned for up to 30 days for attempting to share it, the Guardian reported.

Many users reported being told that Facebook had fewer staff to review takedowns because of the coronavirus pandemic and they are “trying to prioritize reviewing content with the most potential for harm.”

The social media company appeared on Monday to have allowed the article to be shared without restriction or ban.