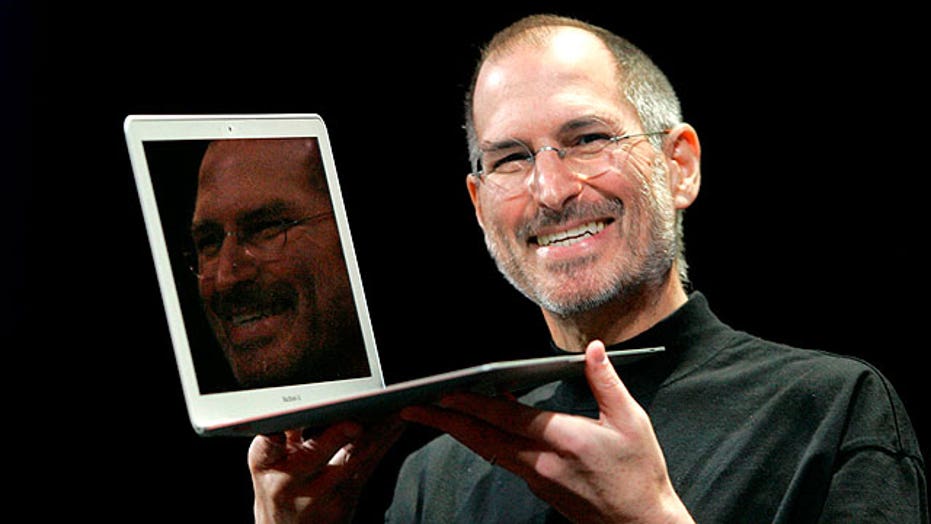 Is Apple living up to Steve Jobs’ legacy?

Three years after Steve Jobs’ death, questions continue to swirl around Apple’s ability to continue his legacy of phenomenal innovation.

Jobs, who lost his battle with pancreatic cancer on Oct.5 2011, is widely acknowledged as a visionary who revolutionized consumer technology with the likes of the iPod, iPhone and iPad. Tim Cook took the CEO reins from Jobs in August 2011 but his predecessor still casts a long shadow over the Cupertino, Calif.-based firm.

Over recent years, Cook’s critics have bemoaned a lack of new product categories during his tenure, although the recent Apple Watch launch gave an indication of his willingness to tap new markets.

Experts have already predicted that the arrival of Apple Watch early next year will send shockwaves through the watchmaking industry, forcing some big-name manufacturers to rethink their strategies.

“When you look at the iPhone 6, combined with Apple Pay, these are very strong,” he told FoxNews.com. “When you look at what people are doing on their phones, whether it’s watching movies or buying merchandise, it’s critical to have a big, rich, high-definition screen.”

Mack notes that more than 50 percent of his company’s traffic comes from mobile shoppers.

“If Apple Pay makes it easier for consumers to make transactions on mobile devices, that’s a big win,” he added, highlighting the importance of software and apps in the Apple story. “There’s a lot of innovation around things that you can’t see but make the consumer experience easier.”

Apple is also making a big push into health technology, recently unveiling its Health app, which can work with fitness apps and devices such as Nike+ and Fitbit, as well as with medical apps. The Health app is underpined by HealthKit, a tool for developers that lets health and fitness apps work together.

Despite plenty of activity around apps and software, Charles King, principal analyst of the Hayward, Calif.-based tech research firm Pund-IT would still like to see Cook up the innovation ante. “I'd give the company a C+ for innovation though I'd grade them at A or A+ for business execution,” he told FoxNews.com. “That's because while the company has certainly talked up new offerings and related strategies, they continue to deliver incremental upgrades of longstanding products.”

Major launches under Tim Cook’s watch, for example, include a host of upgraded iPads and iPhones. Nevertheless, the strategy of constantly upgrading successful products appears to be working well for Apple, which sold a record 10 million iPhone 6 and iPhone 6 Plus phones during their first three days of availability.

The world, however, is still waiting for an oft-rumored and potentially revolutionary new home entertainment technology from Apple.

Away from products, Pund-IT’s King perceives a big cultural shift at Apple. “So far as differences between the Jobs and Cook eras, the biggest difference to me is the company's relative maturity,” he told FoxNews.com. “Under Jobs, you often felt that he (and by extension, Apple) were capable of most anything, including hasty or passionately inspired decisions.”

While Apple continues to build successful products, the company’s actions are now much more measured, according to King. “Under Cook, Apple has achieved and acts with a far greater level of gravitas,” he said.

Apple, for example, has won plaudits for Cook’s efforts around renewable energy, and the CEO has also sought to improve labor conditions in the company’s supply chain.