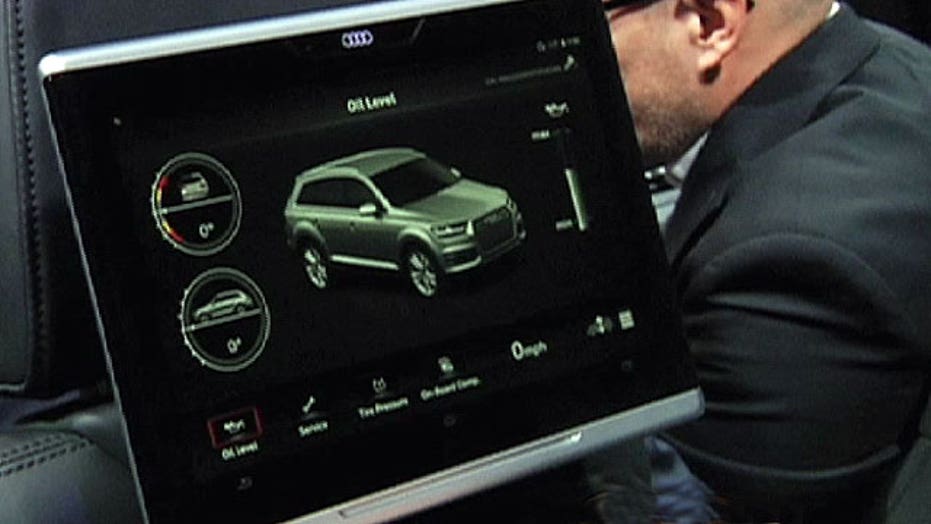 Audi's new selfdriving car plans to use the cloud

Audi has yet again introduced a new wave of cutting edge automotive technology with the unveiling of its virtual cockpit, piloted driving system and an LG smart watch that can start its cars.

“We all know that cars are turning more and more into mobile communication centers,” said Ricky Hudi, Executive Vice President of electronic development.

Audi says the Q7 is the first car on earth that will continue to “increase its knowledge” as it’s permanently connected to the cloud that gives updated information to the vehicle.

In the rear, passengers have the option of using two removable, Android-based tablets that offer endless features including videos, movies, music and details on the car and route.

Audi says it’s “tantalizingly close” to making its piloted car available to consumers. It says it accomplished the longest drive of an autonomous car yet this week with a test drive of 560 miles from Silicon Valley to the Consumer Electronics Show in Las Vegas.

“Audi proved that a true turning point for the automobile has arrived,” Keogh said.

Audi says it still has safety concerns and standards to work out before fully piloted driving becomes mainstream. Developers say the vehicle’s safety architecture must recognize its environment and make safe decisions.

As for the bonus wearable LG watch: it’s sleek, lightweight and can control Audi’s car.

“If I want to stop the engine, I can do that again with my smart watch,” said Dr. Ulrich Hackenberg of Audi summons.