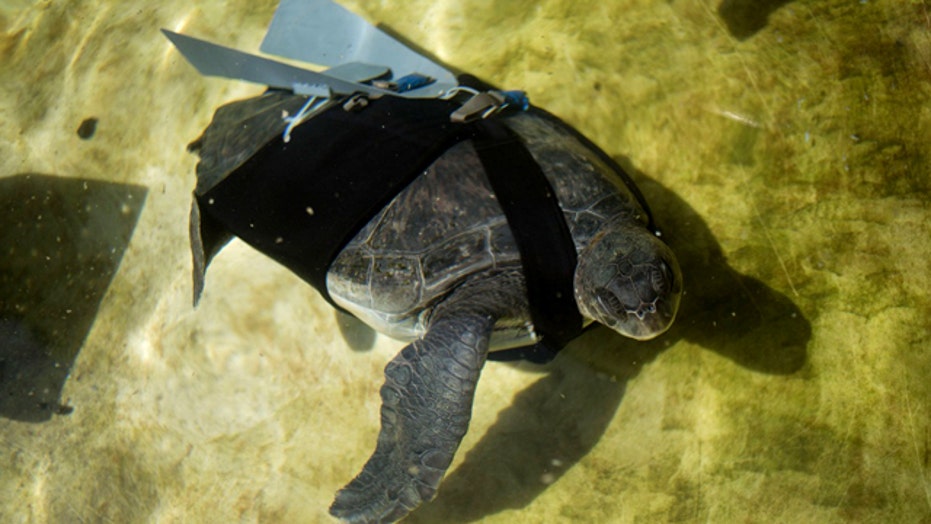 Are you in need of a good massage? Well, if you're willing to go to a zoo in the Philippines, you'll have the most interesting full-body experience of your life.

Watch tourists get 'massaged' by four 20 foot Burmese pythons on YouTube. According to zoo officials, the deadly snakes are fed a copious amount of chickens before they embark on their side massage therapist job.

Bruce Lee's signature move, the one-inch punch, has wowed audiences for decades and many martial artists have tried to emulate the move. However, Popularmechanics.com has broken down the punch. "When watching the one-inch punch, you can see that his leading and trailing legs straighten with a rapid, explosive knee extension. The sudden jerk of his legs increases the twisting speed of lee's hips-which, in turn, lurches the shoulder of his thrusting arm forward." You can practice that during your lunch break.

A sea turtle who lost his flippers during a fishing accident has found a way to swim again with the help of a high-tech gadget. Tech rocks made a mechanical flipper for our little sea friend, Mashable.com explained that the limbs are attached to his back, and will act as a substitute until his new fins grow back.