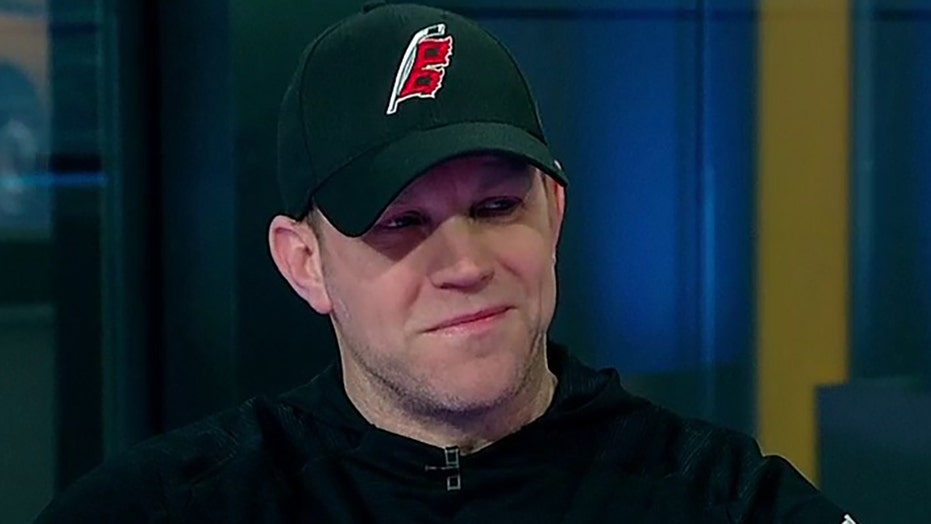 David Ayres sits down with 'Fox &amp; Friends' after helping the Carolina Hurricanes defeat the Toronto Maples Leafs in his NHL debut.

NHL general managers seem unlikely to suggest changes to the emergency backup goaltender policy, even after 42-year-old Zamboni driver David Ayres became one of the biggest stories of the season by winning a game for Carolina last month.

The issue was among the discussion points Monday, the first of three days of GM meetings, but the apparent consensus was that emergency goaltenders are called upon so rarely that any reaction now would likely feel like an overreaction.

Ayres became a sensation last month when he was called on by the Hurricanes in a game at Toronto after injuries to Carolina goalies Petr Mrazek and James Reimer. Ayres stopped eight shots and became the first emergency goalie in NHL history credited with a victory.

Under NHL rules, when a team’s two goalies are hurt or otherwise incapacitated the club “shall be entitled to dress and play any available goalkeeper who is eligible.” In Carolina’s case, that became Ayres, who often gets on the ice at Leafs practices when the team needs an extra goalie.

“We’re comfortable with the way that it is,” McCrimmon said.

Winnipeg general manager Kevin Cheveldayoff said he originally wasn’t planning to watch that Carolina-Toronto game on TV, flipping to it only when word broke that a Zamboni driver was in net.

Like other GMs who spoke Monday, Cheveldayoff indicated he likes the rule as is.

“A lot of guys have played college or junior,” Cheveldayoff said. “Being in the market that we’re in, we have certainly an opportunity to have lots of players that fit that criteria. In some places, there are tryouts. ... Fortunately in Winnipeg, we have a lot of former college players and the like.”

Florida general manager Dale Tallon has been through the emergency situation a couple of times in recent years — once with the team on the cusp of putting goaltender coach Robb Tallas into a game, another three years ago where a team account executive was summoned.

Neither got into the game. And while Tallon said he was nervous for Ayres on his big night, he also wasn’t inclined to call for change.

“The better team won that game. That’s the reality of that night,” Tallon said. “It happened to us three years ago. Three times it’s happened in 50 years. Do you change the whole thing? ... I think we did a good job of fixing it and it turned out for the better.”