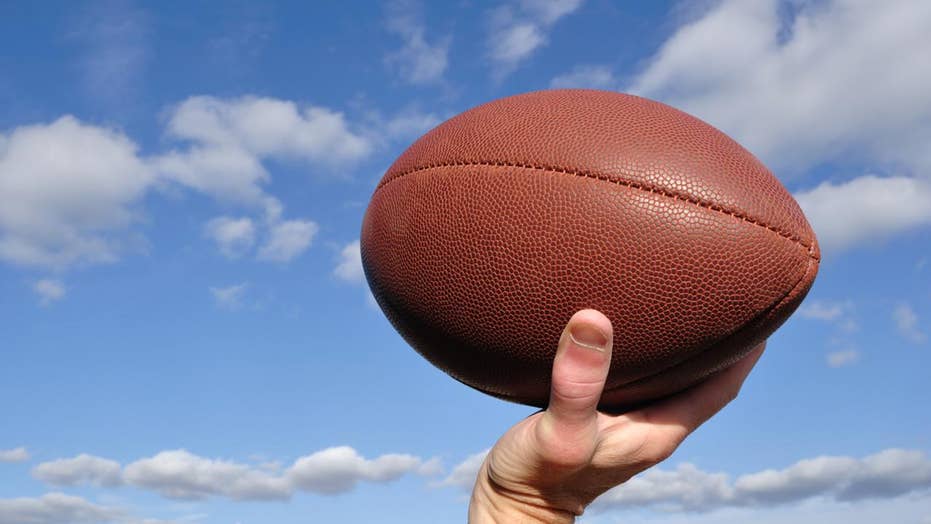 Fox News contributor John Layfield talks about how the XFL is changing the game with new uniforms and new game rules.

When the XFL debuts in February, it will take a “Star Trek” approach of going where no football league has gone before.

The eight-team league will have options for extra points worth one, two or three points. It will allow double forward passes behind the line of scrimmage.

Kickoffs will look way different, in the name of both safety and excitement. Overtime will look like the NHL's version of settling matters with a "shootout.'' No coin tosses here, with each team getting up to five shots to score from the 5-yard line — similar to World Cup soccer shootouts.

Is it a catch at the sideline? Well, the officiating calls might be easier because the XFL will use the college rule of receivers needing only one foot in bounds rather than the NFL's two-feet rule.

Speaking of officiating, there will be a dedicated ball spotter to ensure a faster tempo that comes with a 25-second play clock. A running clock, too, except in the final two minutes of each half. All replay reviews will be initiated by an officiating booth, with no coaches challenges.

“From research we had done, fans think there's too much downtime and dead time. I suppose games have gotten longer," Luck says. "We wanted to take a step forward by going back to games under three hours based on all our fan research. More action and more plays speed it up.

“Our data analysts looked at hundreds of games. This makes sense from a flow perspective, TV perspective and fan perspective. And I am looking forward to as we launch, will our players be required to be in better shape? They'll be moving fast and playing with tempo. That is going to be neat; conditioning may play more of a role in our game.”

The XFL kicks off on Feb. 8, the weekend after the Super Bowl, seeking more success than its predecessor in 2001 (one season) and last year's Alliance of American Football (less than a season). Its innovations could be a turn-on for fans who never tire of football. Or they could come off as gimmicks, though the XFL mantra is “no gimmicks — ever.”

Luck and Fox analyst Dean Blandino, the former head of NFL officiating now overseeing XFL officiating, believe these and other changes are worth a try.

Such as the double forward pass.

“My thought as I watch the game develop, there are more quarterbacks out of the shotgun and already 6 yards back from the line,” Luck explains. “You aren't wanting to throw a lateral to a receiver who would have to be 7 yards or more behind the line of scrimmage. I thought to myself that the traditional trick plays would be enhanced. ... We are excited to have that in the repertoire."

The one-foot-in-bounds completions should ease the strain on pass catchers — and officials.

“When you look at the college rule versus the NFL,” Blandino says, “it definitely is still a skilled play, but an easier play. But I will say there will be less replay reviews; it's easier to officiate looking for that one body part. I see less controversy in terms of catch/no catch.”

Adds Luck: “As we went through this process, we had to keep in mind that players in our league will have played in college, and a vast majority spent time in the NFL, some in the CFL. We had to be somewhat selective in terms of innovations to adopt. They need to be teachable to our players to play fast. We have had our coaches working with the players on all these innovations to make sure they don't black out and think they are in a different league or back in college.”

Luck and Blandino also note that the one-foot catch is safer because the receiver is not dragging his second foot, so he can roll to the ground in a true football fall.

Where fans (and bettors and fantasy players — yes, the XFL is likely to have those, too) might be most intrigued is after touchdowns are scored. There will be no PAT kicks in the XFL. Rather, a scoring team can go for one point from the 2-yard line, two points from the 5 or three points from 10.

Yep, a nine-point lead can be a one-possession game.

“I think it brings strategy into a play that historically has been a simple decision,” Luck says. "Even with the NFL moving the extra point kick further away, it's still a 93.6% success rate. A fait accompli.

"We think the tiered extra point brings an element of strategy that will be fascinating to watch. Potential points on the board are exciting plays and will add an exciting element to our game.

“One coach said he is thinking if his team scores on defense it is such a shift in momentum, and he would use those opportunities to go for three, even if in the first quarter.”

Are all of the XFL's changes going to be an enticement for fans? Luck, Blandino and company will begin finding out in a month.