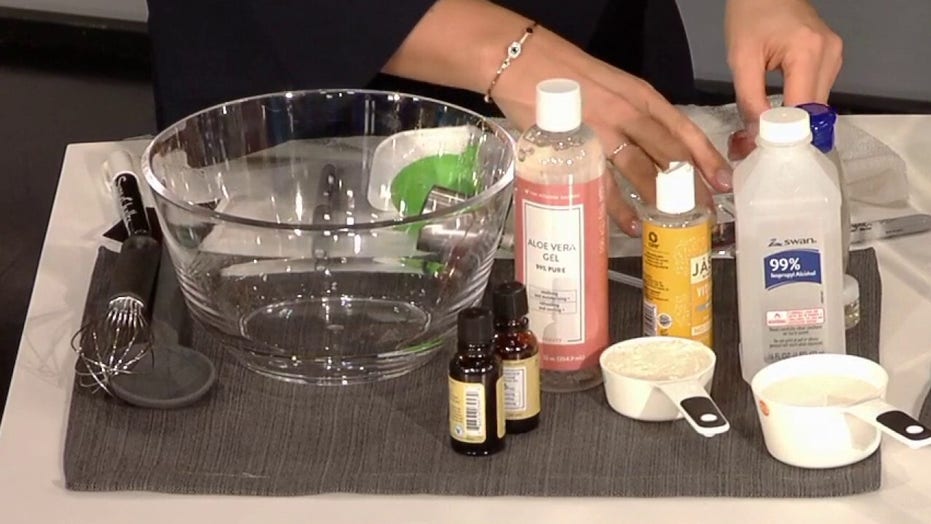 Making your own hand sanitizer amid coronavirus shortage

Lifestyle expert Limor Suss explains how to keep germs at bay and protect yourself.

Olympic beach volleyball hopefuls Emily Stockman and Kelley Larsen thought they’d have plenty of chances to play themselves into the Tokyo Games during a two-year qualification period that ends with the international tour finale in June.

Since the spread of coronavirus, though, high-stakes events in China have been postponed until after the Summer Games or canceled outright; more are in jeopardy, and the five-star World Tour Finals are in Italy, another focus of the outbreak. With four months before the cutoff, teams that need points to catch up in the standings are finding fewer opportunities to earn them.

“It’s definitely not ideal,” Stockman said this week while preparing to head to a less lucrative three-star event in Australia as planned. “It’s definitely adding some pressure for Kelley and I to perform at every single tournament that we are attending now. We’re also trying not to stress out about it. We’re still training like nothing’s going on so that when tournaments do happen, we are ready.”

Most beach volleyball teams qualify for the Summer Games by earning points on the international tour, with the five-star majors the most valuable. Each country is limited to two teams in each gender, so the third-best teams from the top countries like Brazil and the U.S. are frequently eliminated even if their point totals placed them among the top 16 teams in the world.

Stockman and Larsen are ranked 10th with 6,080 points, but as the No. 4 American team they would need to pass not just Sarah Sponcil and Kelly Claes (6,640) but also Brooke Sweat and five-time Olympian Kerri Walsh Jennings (6,960). (April Ross and Alix Klineman are second in the world with 8,760 points and all-but guaranteed a spot in Tokyo.)

“It’s like we’re tied after halftime and it’s good to go,” said Gibb, a three-time Olympian. “We’re all basically even, and it’s just going to be who can compete under the pressure of the Olympics over the next seven events.”

FILE - In this Aug. 8, 2016, file photo, Jake Gibb, of the United States, waits to be introduced to the crowd for a men's beach volleyball match against Austria at the Summer Olympics in Rio de Janeiro, Brazil. Since the spread of coronavirus, high-stakes events in China have been postponed until after the Summer Games or canceled outright; more are in jeopardy, and the five-star World Tour Finals are in Italy, another focus of the outbreak. (AP Photo/David Goldman, File)

And those three lost opportunities could be the difference between a team qualifying for Tokyo and staying home.

“I have a tough time looking at it that way,” Gibb said. “If you miss out of the Olympics because a couple of tournaments were canceled, you need to create a buffer where that doesn’t happen.”

Beach volleyball teams control their own schedules, and they try to balance the need for points with the value of the tournament, the quality of the competition and the physical drain and expense of travel. For many, the big question is whether to front-load the schedule and try to amass points early, or ramp up at the end of the qualifying period so they can peak heading into the Olympics.

“Even before the coronavirus came out, it’s a little tricky trying to schedule everything,” Stockman said. “You don’t want to bank on one tournament.”

Although there are events around the world most weekends, Olympic hopefuls focus on the three-, four- and five-star tournaments that award the most points. The World Tour Finals major is in Rome from June 10-14; after that, the rankings are set.

Teams say they are no longer counting on the finale taking place.

“That’s the only five-star before the Olympic cutoff date. It’s the most money and the most points in our sport. That’s obviously what every athlete is looking for,” Taylor Crabb said. “I have no doubt that the race between us three American teams will probably come down to that last tournament, because of how close everything is. That will be a huge factor if that goes, or stays.”

The FIVB did not immediately respond to a request for comment, but in postponing the tournament in Yangzhou, China, the international governing body said: “The health and wellbeing of our athletes, officials and fans is our number one priority.”

USA Volleyball also expressed concern about its athletes and has been sending frequent updates on the outbreak as well as practical advice about hand-washing and other tips as the athletes continue to travel.

Gibb said he got a flu shot for the first time in his life, and Crabb has taken to wearing masks on airplanes; they are heading to Doha, Qatar, next. Stockman said she is careful to wash her hands, sanitize her phone and generally be aware of her surroundings; she and Larsen are headed to tournaments in Australia and Mexico.