Kansas City Chiefs wide receiver Tyreek Hill “categorically denies” child-abuse claims made by his fiancée, his lawyer said in a letter to the NFL on Thursday.

Trey Pettlon, Hill’s lawyer, also said the two-time All-Pro was willing to cooperate with the league’s investigation into the claims.

“[Hill] categorically denies he has ever 'punched' his son in the chest or anywhere on his body, or otherwise touched him in the chest in a mean-spirited manner,” Pettlon said in the letter obtained by the Associated Press.

Pettlon added that that the audio recording of Hill being accused of hitting his child was recorded when Hill and his fiancée Crystal Espinal were considering separation.

The letter stated that Hill had “tapped his son gently” and told him to “man up” but had never punched his son or used a fist as a form of punishment. 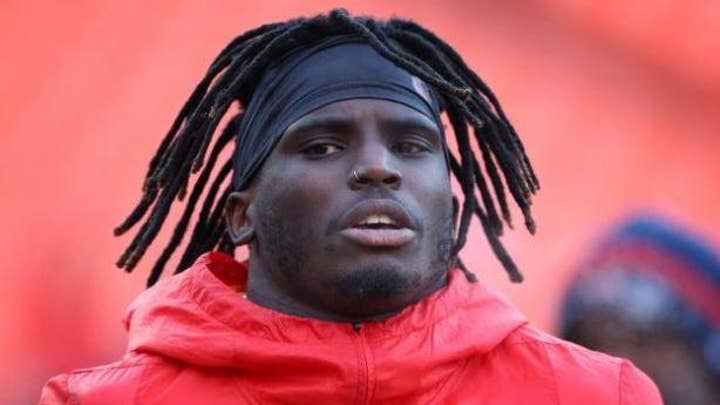 The letter responds to Espinal’s claim during the audio recording that Hill’s son is “terrified” of him. To which Hill responds, “You should be terrified of me, too, b---h.”

“Instead of denying that his son was terrified of him a second time, something that has bothered him a great deal, he became frustrated and said she should be terrified, too,” the letter said. “That comment is inexcusable, of course, and he wouldn't ask me to defend that here. That comment is also inconsistent with Tyreek's conversations with Ms. Espinal over the past several months.”

Pettlon said a forensic examiner investigated text messages between Hill and Espinal. Hill tells her that he feared he “still may be charged” for harming their son even though he didn’t do anything.

Espinal replied: “I know you didn't. I did. I hurt (our son). I'm the one that did it. I was hurt and mad you so I blamed you for everything.”

The Chiefs suspended Hill after the audio was released. Johnson County, Kan., prosecutors reopened the investigation of Hill that had been closed two days prior.

The NFL and the Chiefs both declined to comment on the case.