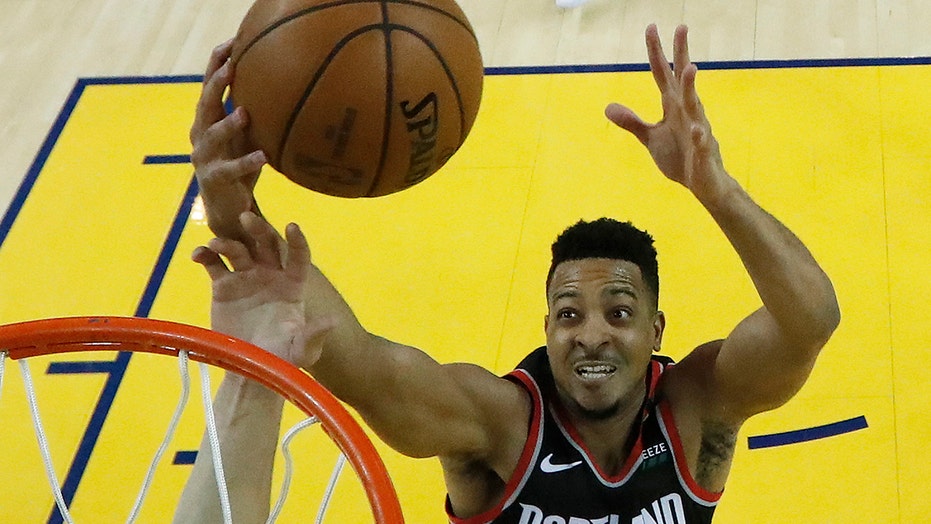 Things came full circle for Portland Trail Blazers guard C.J. McCollum when he met the woman who criticized him on social media last year before Thursday’s game against the Golden State Warriors.

Jennifer Williams responded to McCollum in August 2018 after the guard appeared to be upset over the attention he was getting from comments he made about “ring chasing.”

WARRIORS RALLY FROM 15 DOWN AT HALFTIME, HOLD OFF BLAZERS

McCollum’s three-word response appeared to be a rallying cry for the entire season. The Trail Blazers came into the playoffs as a No. 3 seed and defeated the Oklahoma City Thunder and Denver Nuggets on the way to a Western Conference Finals matchup with the Warriors.

Prior to Game 2 on Thursday, McCollum and Williams met for the first time in person.

According to FOX 12, when McCollum was asked what he wanted to tell Williams, he said: “Thank you.”

But then the Trail Blazers lost to the Warriors, going down 0-2 in the series.