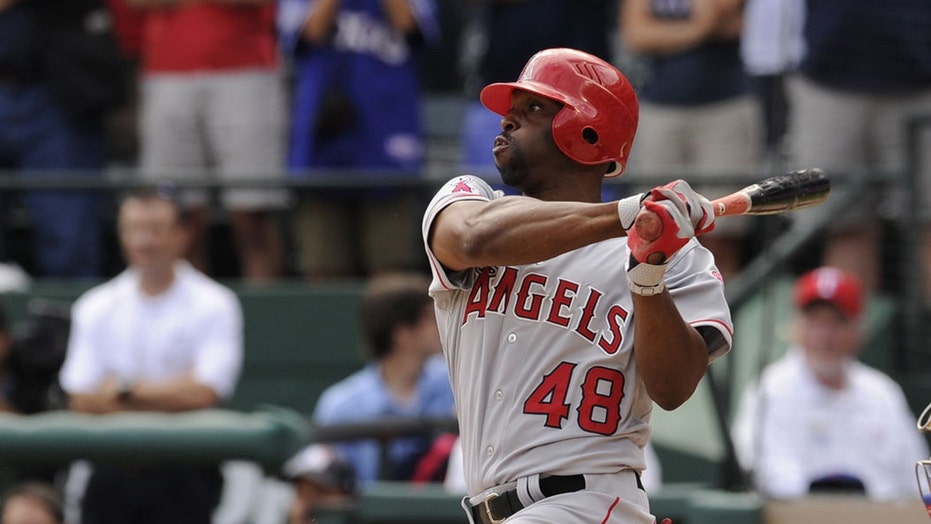 Former MLB great Torii Hunter recalled Thursday the scary run-in he had with California police at his home while he was playing for the Los Angeles Angels in 2012.

Hunter told The Athletic, in a conversation about race in the wake of the police-involved death of George Floyd, Newport Coast police broke into his home and one officer put a gun to his back; he then asked him for tickets to a ballgame.

“I got that wake-up call quick. I went into my place, the alarm went off for a second and I cut it off. Maybe an hour later, I see cops at my door. I open my door and say, ‘Is everything OK?’ And they said, ‘Freeze!’ With the guns out. You know you’re coming to Torii Hunter’s house. You already know that!” Hunter told the outlet.

“The young guy had his gun down, but the older guy had his gun, and a vein popped out of his neck. I’m on one leg. He said, ‘Sit the f— down!’ I said, ‘Hey man, this is my house, calm down.’ And the young guy is looking at me like, ‘I think I know this guy.’ The other guy still had the gun. And he says, ‘Is anybody else in the house?’ I said, ‘No one else is in the house. This is my house.’ I didn’t say nothing about baseball. And he walked me into the house with the gun in my back, to go upstairs to get my license. And when I showed him my license, the younger guy said, ‘I knew that was you.’ And the guy said, ‘Who is he?’ And he said, ‘He plays with the Angels.’ Then this guy who had the gun on me says, ‘Oh, I’m an Angels fan. Can you leave me tickets?’”

Hunter said he went public about the story in 2012. He told The Athletic that he didn’t want a “big scene” about it and the Angels told him not to “make a big scene” as well.

“But it should have been a big scene! I didn’t have no video. Everything is on video now. If I would have gotten shot, they would have come up with something and said I was agitating, angry. They can say anything, and guess what? I would have been dead. Because you thought I didn’t live there. Your mind went straight to criminal,” Hunter said.

The former outfielder said in 2012 he had accidentally triggered his home alarm and a dispatcher called his wife, who was in Texas during the incident, and she didn’t answer, according to ESPN.

Hunter also said at the time he wasn’t “upset.”

“I'm not upset that the cops did their job today. I'm actually glad they were protecting home.”