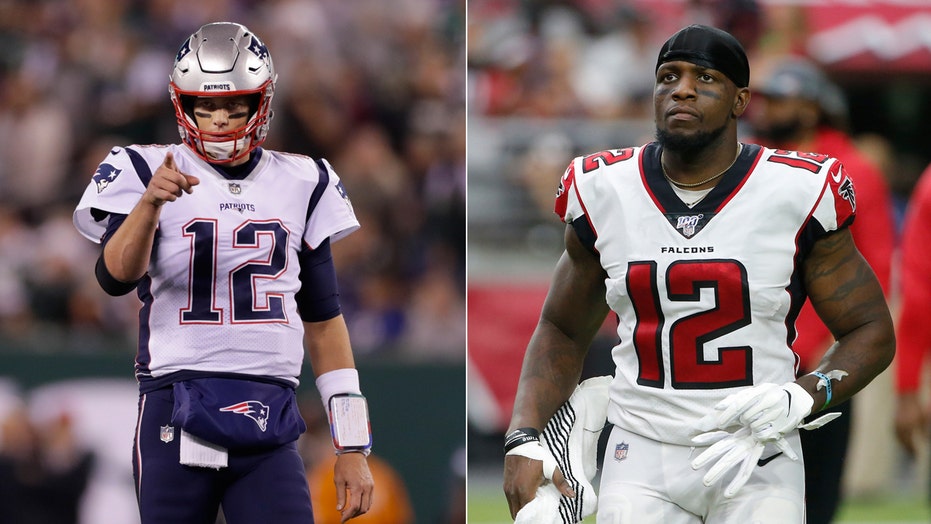 It was no question for former Atlanta Falcons wide receiver Mohamed Sanu that when he was traded to the New England Patriots this week he would be giving up his No. 12 jersey, as star quarterback Tom Brady already held that number.

What he didn’t expect was for the six-time Super Bowl Champion to offer it up.

Sanu told reporters following Friday’s practice that Brady messaged him on Instagram to welcome him to the team but more importantly to offer for Sanu to keep his number.

“He DM’d me when I first got traded. He said ‘Welcome’ and everything like that, how he’s excited, and then he said if I wanted 12 I could get it and I was like and I was like ‘Nah I’m good. You got that, I’ll change to 14.’”

When asked if he offered Brady anything in return, Sanu laughed and said “No, I’ll just go out there and do my job and let him be great.”

The Patriots picked up Sanu for the Falcons Tuesday in exchange for a second-round pick in the 2020 NFL draft.

Sanu has had the no. 12 jersey for his entire NFL career but the change doesn’t seem to bother him much.

“It’s awesome. I love it. Me and Tom are having fun out there,” he told a reporter for the Providence Journal. “It’s like we’ve known each other for awhile. We’ve been on the same page.”

Brady is synonymous with the no. 12 jersey as well. His health and wellness company is in fact called TB12.