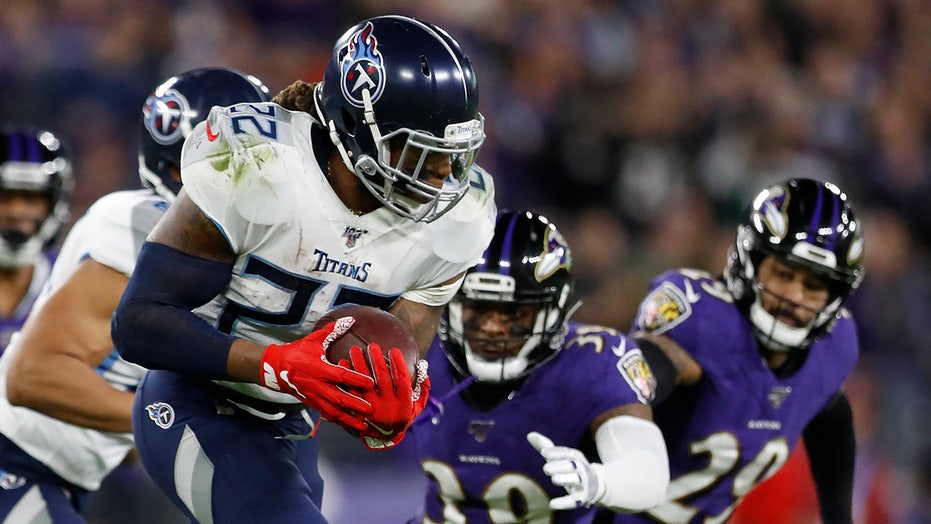 Tennessee Titans running back Derrick Henry was seen wearing a suit with the names of victims of racial injustice as he boarded a plane Sunday.

Henry and the Titans were headed for Denver to face the Broncos on Monday night. Henry had the names listed on his suit jacket and pants as he went onto the plane.

The NFL has taken a larger role in promoting social justice initiatives this season.

The league let players and teams decide on the direction of how to go about raising awareness on police brutality and racism. So far, almost every team has done some sort of protest or demonstration before their games.

The Kansas City Chiefs locked arms in their end zone prior to the start of the playing of the Black national anthem. Most of the team then stood for the national anthem. Prior to the kickoff, the team held a moment of unity with Houston Texans players. The Texans stayed in the locker room for both songs.

Among the most poignant demonstrations occurred during the Seattle Seahawks and Atlanta Falcons game. All special teams members took a knee upon the kickoff into the back of the end zone.

“During the Kickoff in Atlanta, players on both teams exercised their right to bring attention to social injustices that have persisted in the Black community for many years. We stand by the players in the quest for equality,” the league said in a tweet.