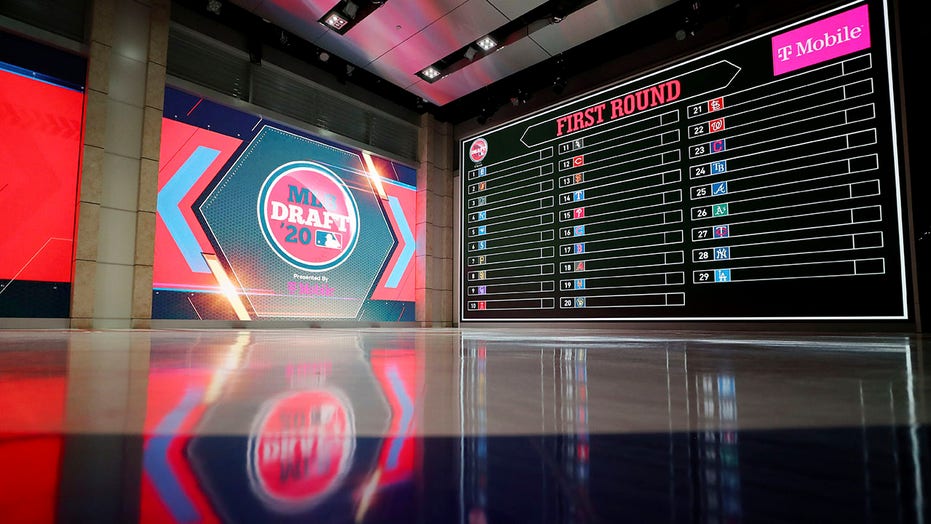 The Detroit Tigers took a few more big swings at rebuilding their lineup.

And, they hope sooner rather than later.

After selecting Arizona State slugger Spencer Torkelson to open the Major League Baseball amateur draft Wednesday night, the Tigers used all five of their picks Thursday on hitters they envision joining him in Detroit.

Detroit went back to Arizona State in the fourth round, taking Torkelson's switch-hitting teammate Gage Workman. Both were drafted by the Tigers as third basemen. So was fifth-rounder Colt Keith out of Biloxi High School in Mississippi. His selection ended Detroit's run on college position players, but the Tigers remained focused solely on hitting talent.

“The first thing you’re doing is trying to get impact,” said Scott Pleis, Detroit's director of amateur scouting. "And then, it’s hard to get bats if you don’t jump up and get them, too. You start passing them, and everybody gobbles them up.”

The Astros had to wait a while to make their first selection in this year’s draft after having their first- and second-round picks stripped by Commissioner Rob Manfred as part of the team’s punishment for breaking rules against using electronics to steal signs during games.

The New York Yankees were one of the teams to raise questions about wrongdoing by the Astros. Coincidentally, Houston took a pitcher from the Bronx at No. 72, hard-throwing Mount Saint Michael Academy right-hander Alex Santos.

While Detroit focused on adding offense, Miami went all pitching — already considered the strength in the upper levels of its system — with its six selections.

Detroit had the No. 1 overall pick for the second time in three years, after taking Auburn right-hander Casey Mize in 2018. With their potential future ace already sailing through the farm system, the Tigers turned to bats this time.

Dingler, who moved from center field behind the plate two years ago, was hitting .340 with five home runs and 14 RBIs for the Buckeyes before the season was canceled because of the coronavirus pandemic.

Cabrera is a patient hitter and outstanding defensive outfielder. He hit .345 with three doubles, two homers, 12 RBIs, 14 runs and six stolen bases for LSU this year.

In addition to his terrific baseball bloodlines, Cruz is an outstanding all-around hitter who made a smooth transition last year from second base to shortstop. This is also the third time he has been drafted, after being taken in the 37th round last year by Washington and the 35th round by Houston in 2017.

“I’m just excited I can rep the Cruz name and rep it in the Tigers’ organization," he said.

Workman complemented Torkelson as one of Arizona State's offensive forces the past few seasons. He hit .330 with eight homers and 42 RBIs last year, and started this season with three homers and 14 RBIs while batting .250.

Keith was the Mississippi high school player of the year last spring and was considered one of the draft's top two-way players. But, the Tigers envision him as an infielder with raw power and consistent contact — sticking with what ended up being their overall draft theme.

“I’m sure there were some high school guys that we didn’t get to run down that we’d have loved to have seen and maybe it could have been different, for sure," Pleis said. “It just was a tough year, and it was a short draft."

Houston wrapped up the two-day event by taking University of San Diego shortstop Shay Whitcomb at No. 160.

Because of the coronavirus pandemic, MLB shaved the draft from three days and 40 rounds to two days and just five rounds. Normally, over 1,200 players would be selected, with many others signed as undrafted free agents to fill out minor league squads.

This year, the hundreds of remaining undrafted ballplayers must wait until Sunday to sign with teams — but clubs can offer maximum signing bonuses of only $20,000. That could prompt many players to opt for college rather than begin their pro careers now.

“There’s going to be a lot of great players that don’t get drafted because of the cap, and my brother is even one of them,” said catcher Austin Wells, the Yankees' first-round pick.

Carson Wells was a star outfielder during his high school career in Nevada, but wasn't selected.

“He just graduated, didn’t get to play his senior year,” Austin Wells said. "So you never know what could have happened there. He could have been drafted by the Yankees, too. You never know.”