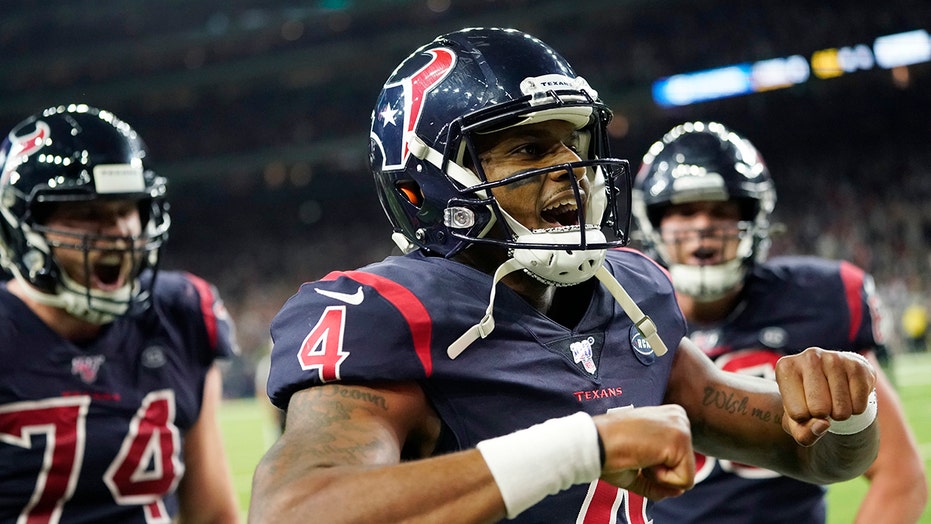 Deshaun Watson led the Houston Texans with four touchdowns in the team’s win over the New England Patriots on Sunday night and it was a big moment for the quarterback.

Watson was 0-2 against Tom Brady going into the game. The third-year quarterback said that getting the win, especially over someone he looked up to when he was younger, was a huge deal for him.

“You know, that’s my role model, a guy that’s been doing it forever,” Watson said, according to the team’s website. “[He’s been playing for] over 20 years, I’m only alive for 20 years, so it’s pretty awesome to finally get one and to just see the love and respect we have for each other and it was big. So, it was awesome.”

“He just, you know, congratulated me and said, ‘Keep going, stay healthy.’ You know, we’ve been in touch. We’re going to talk this offseason. And definitely, you know, a resource that you know he’s going to give an opportunity to check in and learn from him. I’m definitely going to take it.”

Watson was 18-for-25 with 234 passing yards and three passing touchdowns. He also caught a touchdown pass from DeAndre Hopkins in the fourth quarter.

Houston won the game, 28-22. The Texans moved to 8-4 and maintained the lead in the AFC South division. The Patriots fell to 10-2.