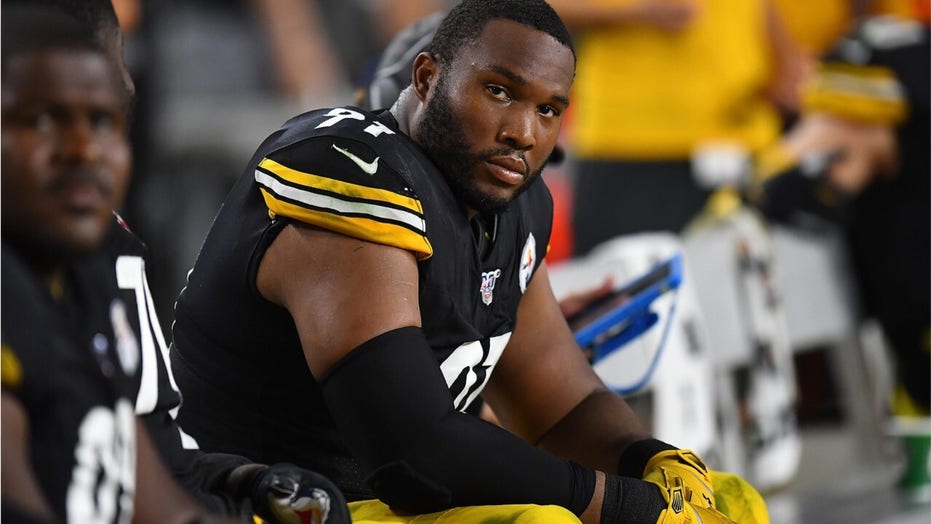 Pittsburgh Steelers defensive end Stephon Tuitt is choosing to stand for the flag saying, ‘I am a proud American.’

Pittsburgh Steelers defensive end Stephon Tuitt reiterated his stance on standing for the national anthem in a lengthy Instagram message on Thursday.

Amid MLB players kneeling during the national anthem and NBA players concocting plans to kneel ahead of Tuitt’s post, the NFL player made it clear that no one was going to deter him away from putting his hand over his heart during “The Star-Spangled Banner” on game days during the 2020 season and beyond.

“I stand for the flag because I am a proud American,” he wrote. “Like previously stated, this country has provided and rewarded my family in so many ways through our perseverance and hard work. I will continue to honor my country and be an example to my children to stand for what they believe in. In regards to police brutality and the black lives matter movement I will support these causes through other means. It’s unfortunate that a couple unprofessional individuals have caused such havoc on our country and damaged the trust of its citizens. I will not let those individuals steer me from the fact on the opportunity this country gives for everyone. God Bless.”

His message came days after tweeting that he planned to stand for the national anthem this season.

Also I’m not kneeling for the flag and screw anybody who have a problem with that,” Tuitt wrote on Twitter. “My grandmother was a immigrant from the Carribean and ... worked her ass off to bring 20 people over the right way. She had no money and educated herself to be a nurse. She living good now.”

In six games last year, Tuitt finished with 22 tackles and 3.5 sacks. He missed the final 10 games of the season after tearing his pectoral.

It’s unclear whether the Steelers will protest during the anthem in 2020.

Earlier in the offseason, Tuitt’s teammate, Cameron Heyward said that the team would protest in unity, however, they choose to do so.