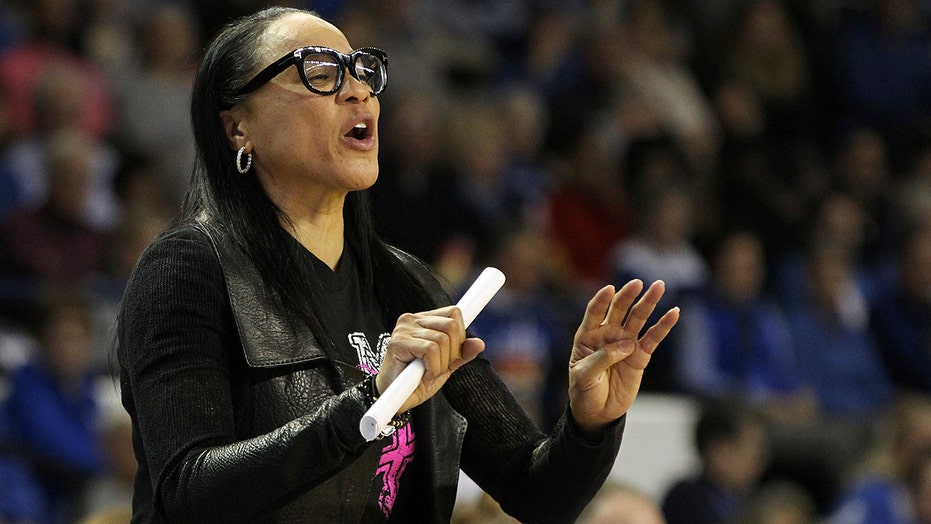 The top of the poll was unscathed with none of the first seven teams losing. The No. 1 Gamecocks clinched their fifth Southeastern Conference title in seven years on Sunday and received 27 of 30 first-place votes Monday from the national media panel. No. 2 Baylor got two first-place votes and No. 3 Oregon got one.

Stanford stayed at No. 4 and will host the Ducks on Monday night.

Louisville, UConn and Maryland were the next three teams in the poll.

The rest of the rankings got jumbled around, with the exception of No. 20 South Dakota. None of the other teams ranked eighth through 25th were in the same spot as the previous week.

North Carolina State, UCLA and Mississippi State rounded out the first 10 teams in the poll. The Bruins and Bulldogs both lost Sunday.

TCU entered the rankings for the first time in two years, coming in at No. 25, while Arkansas fell out.

RANKED FROGS: TCU spent three weeks in the Top 25 in 2018, going as high as No. 22. The Horned Frogs have reached 20 wins for three consecutive seasons and are 11-3 in the Big 12 — the team's most victories in the conference ever. It's the first time TCU has posted at least 11 wins in conference play since going 13-3 in the Mountain West Conference in 2010-11.

RISING WILDCATS: Northwestern climbed four places to No. 14 after routing Rutgers and Wisconsin. The Wildcats equaled their best ranking since 2015.