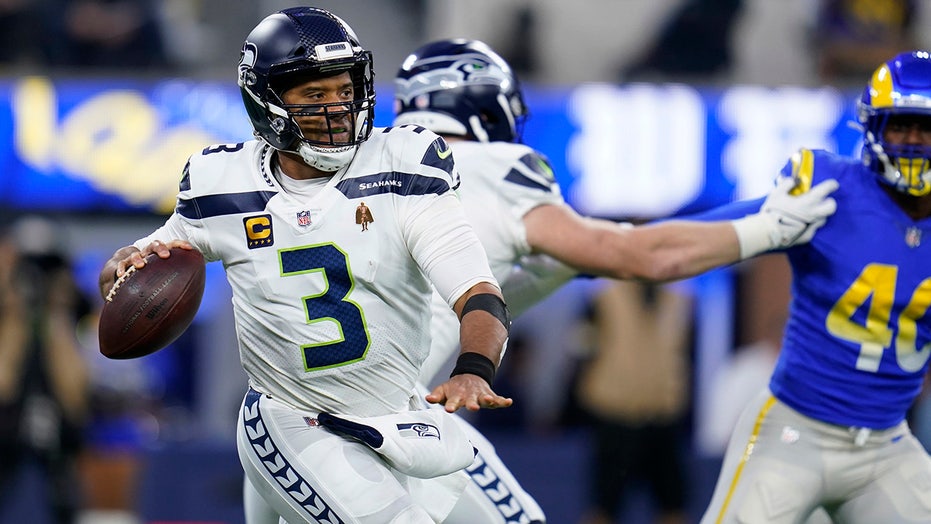 The Seattle Seahawks may not keep their personal matters regarding Russell Wilson in-house, but they do manage to clear up the speculation. This time around, a convincing case is being built about a potential split on the way.

Prevalent in Seahawks-related headlines are talks of Wilson’s potential departure in the upcoming offseason as Seattle plays well below expectations and omission in preserving their franchise quarterback with ample protection up front for several seasons.

Russell Wilson #3 of the Seattle Seahawks lies on the field after being sacked in the third quarter against the Washington Football Team at FedExField on November 29, 2021 in Landover, Maryland.  (Todd Olszewski/Getty Images)

In a media session on Thursday, Wilson revived talks of separation from Seattle after calling Week 17’s game at Lumen Field a possible final appearance in home colors.

According to Seahawks beat reporter Gregg Bell, Russell gave a surprising response to suggest uncertainty between the team and Wilson’s long-term pledge.

"I know for me, I hope it’s not my last game (in Seattle). But at the same time, I know it won’t be my last game in the NFL," said Wilson.

Not long after a report emerged regardings teams currently vetted by Wilson as potential trade destinations, the quarterback spoke out to consider the scenario as no more than theoretical, according to Broncos Wire. Among those names were the New Orleans Saints, Denver Broncos and New York Giants.

Bell previously reported that Wilson has not intended to waive his no-trade clause and will likely stick around until his contract expires in 2023.

Seahawks head coach Pete Carroll stated that the team will focus on building for next year with its current foundation: a plan that could be upended if Wilson starts to bait suitors in the offseason.

Seattle Seahawks quarterback Russell Wilson looks to throw during the first half of the team's NFL football game against the Los Angeles Rams on Tuesday, Dec. 21, 2021, in Inglewood, Calif. (AP Photo/Ashley Landis)

The Seahawks (5-11) face off against the Detroit Lions on Sunday and close out the season against the Arizona Cardinals in Week 18.