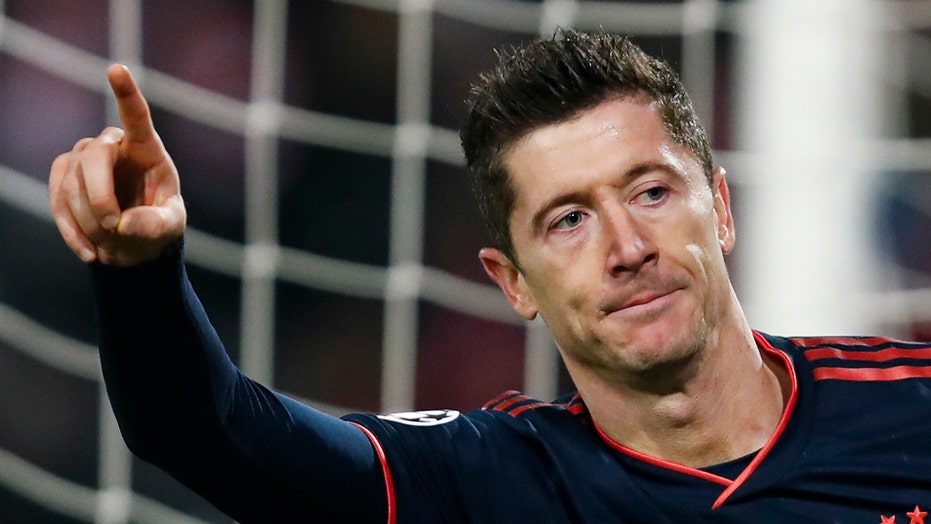 Lewandowski scored four goals in a 15-minute span for Bayern Munich in the second half against Red Star Belgrade. Bayern also received goals from Leon Goretzka in the 14th minute and Corentin Tolisso in the 89th minute to solidify the shutout and the blowout victory.

It’s the second time the Polish striker scored four goals in a Champions League match after doing so for Borussia Dortmund against Real Madrid in 2013.

“I have to confess....I am addicted to scoring goals,” Lewandowski tweeted after the match.

Lewandowski may have had five goals but one of them was ruled out by VAR before halftime. Bayern, at the moment, only had a one-goal lead.

His first goal came on a penalty in the 53rd minute of the match while his second came 7 minutes later. He completed his hat-trick on 64 minutes, before grabbing his fourth 3 minutes later. Overall, he scored all four goals in 14 minutes and 31 seconds.

“It's not that important. The team is always above everything and that we played convincingly,” Lewandowski said, according to Reuters. “We could have scored even more goals. We stepped on the gas in the second half and achieved everything we planned.”

Bayern now has 15 points and is firmly on top of its group. Tottenham is in second place with 10 points, Red Star Belgrade is in third with three points and Olympiakos is last with 1 point.