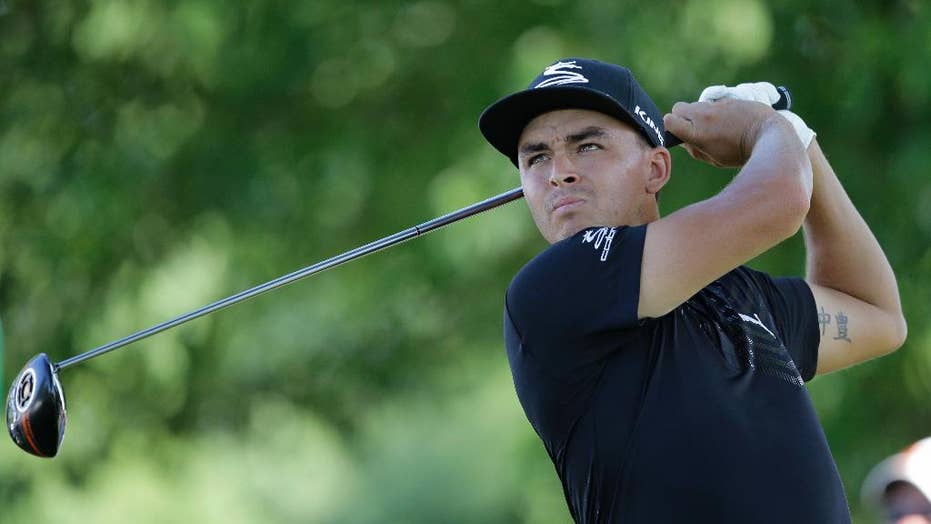 Rickie Fowler, the No. 27 ranked golfer in the world, plays on the PGA Tour.

Fowler turned pro in 2009, and he has five career PGA Tour wins.

Here are some other things to know about Fowler.

1) ONCE A GREAT AMATEUR

Rickie Fowler watches his tee shot on the 11th hole during the first round of the Memorial golf tournament, Thursday, June 2, 2016, in Dublin, Ohio. (AP Photo/Darron Cummings)

Fowler attended Oklahoma State University, where he claimed his first collegiate victory at the Fighting Illini Invitational, which was hosted by the University of Illinois on Oct. 1, 2007. He shot a 203 (70-63-70) to win the match by only one stroke. On the final day of a golf tournament, Fowler wears orange to represent his alma mater.

3) TRYING TO GET OVER THE HUMP

Fowler has played a lot of golf with Chicago Bulls legend and NBA icon Michael Jordan. When they play against each other, Fowler is known to give Jordan five shots on both the front and back nine.

Fowler's middle name is Yutaka thanks to his maternal grandfather who is Japanese.