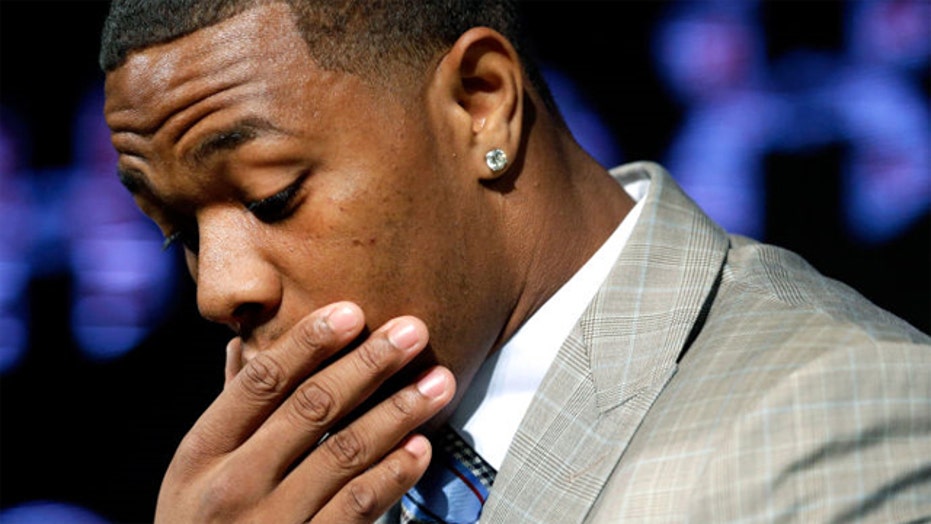 Former Baltimore Ravens running back Ray Rice will appeal his indefinite suspension by the National Football League Monday, according to published reports.

NBC's ProFootballTalk.com first reported that Rice would file the appeal with the help of NFL Players' Association and an outside attorney retained by Rice.

Rice was released by the Ravens this past Monday, hours after TMZ.com posted video showing Rice punching his then-fiancee, now-wife Janay Palmer in the elevator of an Atlantic City casino. Shortly after his release, the NFL suspended the running back indefinitely. The penalty was in stark contrast to a two-game suspension initially handed down by the league this past July.

ProFootballTalk reported that Rice is expected to claim that he told the Ravens and the NFL the truth about his altercation with Palmer and that he is being punished twice for the same offense.

The NFL's handling of the case has prompted strong criticism, including calls for Roger Goodell's resignation. The NFL has claimed that the league did not see the tape showing Rice striking Palmer until it was reported by TMZ Monday. However, a New Jersey law enforcement officer told the Associated Press that the video was sent to NFL headquarters in April and he received a call from a league office confirming its receipt. Last week, the NFL announced that it had ordered former FBI Director Robert Mueller to conduct an investigation into the league's handling of the investigation.

Rice has not spoken publicly since the indefinite suspension was announced. On Saturday, he made his first public appearance since the video surfaced, taking in a high school football game in his hometown of New Rochelle, N.Y. with Price and their daughter.