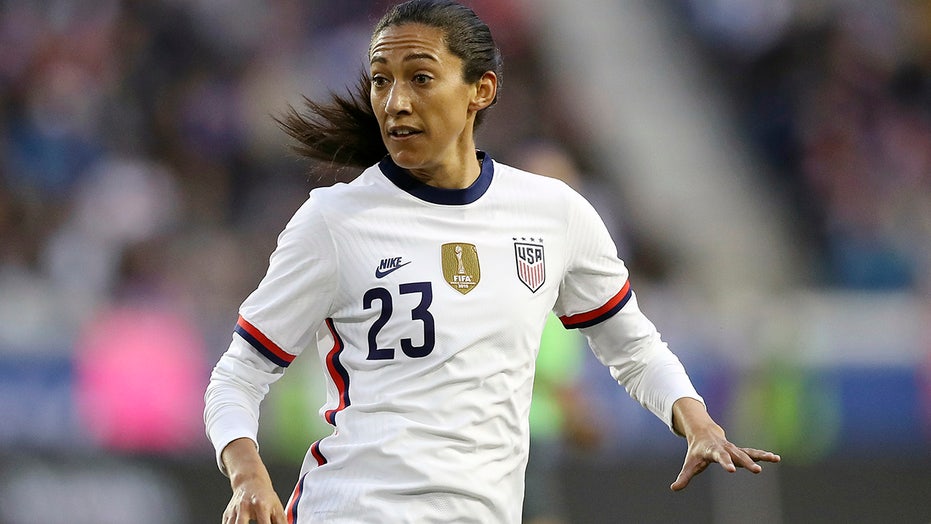 Heath and Press, who played with Rapinoe on the champion World Cup team last summer in France, cited concerns about the coronavirus.

“Although I want to be on the field with my teammates doing what I love, because of the uncertainty and risks created by COVID-19, I have chosen not to participate in the NWSL Challenge Cup,” Heath, who plays for the Portland Thorns, said in a statement released by the team.

The Challenge Cup opens Saturday with a game between the Thorns and the defending champion North Carolina Courage. The league's teams announced their rosters on Tuesday.

The league was rocked by the announcement Monday that the Orlando Pride were dropping out of the tournament after six players and four staff members tested positive for COVID-19. The withdrawal leaves eight teams participating in the monthlong tournament.

In an interview with The Associated Press on Tuesday, NWSL Commissioner Lisa Baird said the situation was “hugely” disappointing, given some of the talent on the Pride, including national team players Ali Krieger, Ashlynn Harris, Emily Sonnett and Brazillian star Marta.

“We’re just really concerned about them (the Pride players) and really disappointed that we won’t see them,” Baird said. “But we’re focusing on what we need to be focused on right now, which is to make sure that the facility, the protocols, all of the player education regarding all the tournament rules and the CDC guidelines or protocols, are in place because tomorrow we start welcoming our first team in Utah.”

A new schedule was released Tuesday following the Pride's withdrawal. In addition to Portland's game against the Courage on Saturday, the Chicago Red Stars will play the Washington Spirit in the late match.

Rapinoe's team, OL Reign, did not provide a reason for her decision to sit out.

“Megan let us know that she has decided not play in the tournament. Like all NWSL players, she was given the option to participate. Farid (Benstiti, coach of the Reign) and I would love to have her with the club for the tournament, but we understand and respect her decision,” Reign CEO Bill Predmore said in a statement.

Press released a statement through her team, the Utah Royals, that said: “It is deeply painful not to be able to play the game I love, and to watch the broader effects of the global pandemic on our league, sports, and our world. Regrettably, given the uncertainty created by COVID-19, I must elect not to participate in this tournament. I know how fortunate I am to be able to make this choice. I have enormous respect and gratitude for those who do not have the luxury to choose whether to report to work, including our selfless and heroic first responders."

Sky Blue previously announced Carli Lloyd would not take part in the tournament because of a minor left knee injury. Teammate Mallory Pugh won't play because of a hip injury.

The NWSL will be the first team sport in the United States to return after sports were shut down because of the coronavirus outbreak. Players were given the option of opting out without losing salaries or insurance.

Baird said she's confident about the tournament despite the rising cases of coronavirus nationwide.

Teams will be sequestered during the tournament and games will be played at stadiums in Herriman and Sandy, which are suburbs of Salt Lake City. The Challenge Cup runs through July 26.

The opener and the final will be broadcast on CBS.