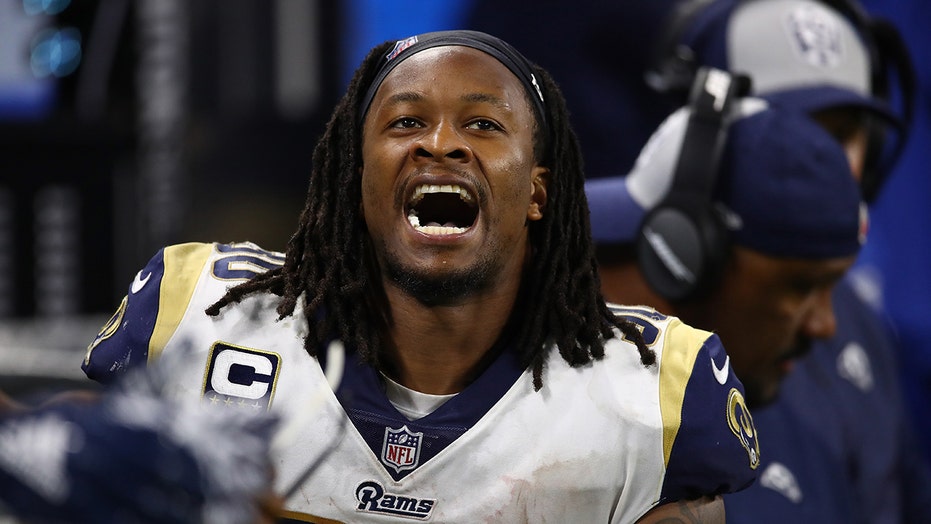 Gurley and the Rams part ways after five seasons and two years into a four-year, $57.5 million deal.

Los Angeles made the announcement on its official team website with the words “Thank you, Todd.”

The Rams selected Gurley with the No. 10 pick of the 2015 draft out of Georgia. He emerged as a top running back toward the middle of his tenure with the Rams.

He had a breakout season in 2017, becoming a Pro Bowler and a First-Team All-Pro selection for the first time in his career. He led the league in rushing touchdowns that season with 13. He rushed for 1,305 yards.

He continued his tear through the NFL in 2018. He led the league in rushing touchdowns with 17 and had 1,251 rushing yards. He helped lead the Rams to a Super Bowl, where they lost to the New England Patriots. He was an All-Pro selection that season, as well.

According to Over the Cap, Gurley signed his contract extension in July 2018 and would have been owed a roster bonus of $12.55 million on the third day of the league year in 2020. The new league year began Wednesday.

Los Angeles will now have to rely on Darrell Henderson and Malcolm Brown for the 2020 season, barring anything unforeseen.