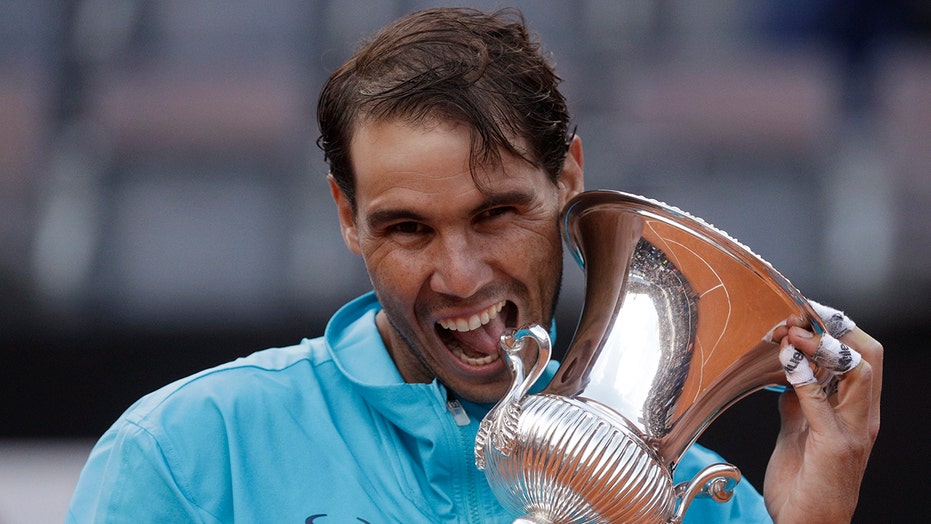 Rafael Nadal is preparing his return to tennis after a seven-month layoff at next week’s Italian Open.

“The Foro Italico is always a special place for me and even more so this year as it will be my first tournament following a long period without playing,” Nadal, who has won the Rome tournament a record nine times, said in a video message played at the event’s presentation on Tuesday.

Because of concerns amid the coronavirus pandemic, Nadal preferred not to travel to New York for the ongoing U.S. Open. He last played in February, when he won a tournament in Acapulco, Mexico.

The Sept. 14-21 Italian Open, which was postponed from its usual slot in May, will therefore be Nadal’s main preparation for the French Open later this month.

Top-ranked Novak Djokovic, who was disqualified from the U.S. Open, is also entered.

In all, 19 of the top 20 men's players are entered, with only No. 4 Roger Federer missing because of injury.

Barty cited potential health risks associated with COVID-19 when she announced earlier Tuesday that she would not be traveling to Europe for either the Italian or French Opens.

No fans will be permitted inside to watch matches at the Foro Italico and players will be placed inside a “bubble” similar to that at the U.S. Open. There will be frequent virus tests for players, coaches and others working at the tournament.

Players traveling from New York and other areas will not be subjected to the 14-day quarantine rule being applied to normal travelers — as long as they do not test positive for COVID-19.

Without ticket sales, prize money has been reduced by 40% from last year’s tournament.

“The economic damage to our federation is enormous,” said Angelo Binaghi, the president of the Italian Tennis Federation.

Binaghi was holding out hope until a few days ago that the regional Lazio government would allow a limited number of spectators at the tournament.

“It certainly would have made more economic sense to cancel the tournament, as many others have done,” Binaghi said.

Binaghi added that he expects the ATP Tour to approve a new tournament for Sardinia in October — only for this year.