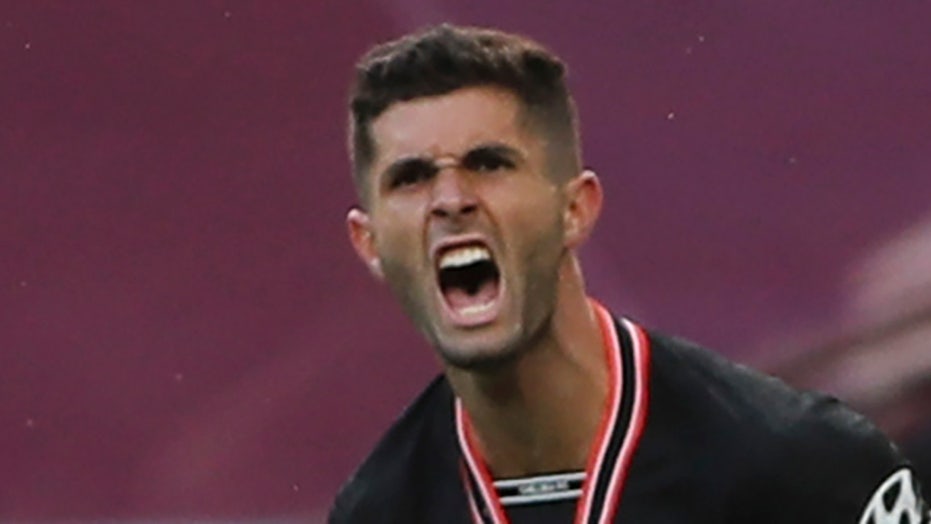 The 21-year-old American returned from an adductor muscle injury and scored the tying goal five minutes after entering in the second half. Olivier Giroud put Chelsea ahead two minutes later in a 2-1 win over Aston Villa 2-1 on Sunday that strengthened the Blues' hold on fourth place in the Premier League.

Pulisic entered in the 55th minute for his first match since Jan. 1. Chelsea switched flanks following a throw-in, and César Azpilicueta crossed back as Pulisic sprinted in and redirected the ball in off the crossbar from 3 meters (yards).

“I don't think I actually hit it perfect with my left,” Pulisic said. “Luckily I got enough on it just to steer it it on target.”

Pulisic had returned to his home in Hershey, Pennsylvania, during part of the pandemic-caused break between mid-March and last week.

“He will start games for us, of course, and I think he’s going to be a big player for us, not just in this run-in but going forward,” Lampard said after his 100th senior game as a manager.

“He was hungry. I know that and I felt for him, as I felt for the players with long-term injuries," Lampard said. "The ability he’s got to arrive in the box, it’s a big thing. I’ve spoken about it with him all season.”

Pulisic has six league goals and seven overall in his first season since joining Chelsea from Borussia Dortmund.

Azpilicueta set up Giroud for the second goal. The striker swiveled and sent a deflected shot into the net from 10 meters (yards). Giroud scored for the sixth straight league game against Villa.

Chelsea had enjoyed most of the possession in a one-sided game at an empty Villa Park, yet fell behind in the 43rd minute when Villa defender Kortney Hause scored at the second attempt, following a cross into the penalty area, for his first Premier League goal.

Villa stayed in next-to-last place, but only a point from safety, while Chelsea moved five points clear of fifth-place Manchester United and sixth-place Wolverhampton in the race for Champions League qualification.

Before soccer’s three-month shutdown because of the coronavirus outbreak, Chelsea had won only two of its previous seven games to see the gap over United shrink to three points.

Pulisic and Giroud have not been regular starters this season in Frank Lampard’s first season as manager and there will be more competition for them next season following the signings of winger Hakim Ziyech and striker Timo Werner for more than $100 million.

Villa hosted the first match of the restart — a 0-0 draw against Sheffield United — so has had a disappointing return as the teams looks for wins to beat relegation.

“Unfortunately a little bit of quality and fortune favored them," Villa manager Dean Smith said of Chelsea. "The thing we have worked on during the pause is being tougher to beat and we have become that.

“People who saw that will know how hard Chelsea had to work to break us down. It won’t be doom and gloom even though it’s a big disappointment."